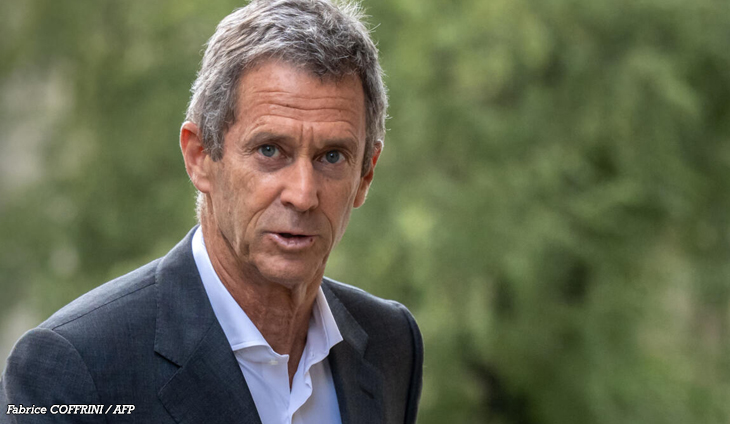 Israeli authorities have dropped all criminal charges against Beny Steinmetz, a French-Israeli billionaire suspected of money laundering, and instead agreed to a financial settlement, according to court documents seen by AFP on Friday.

The co-founder of mining firm Beny Steinmetz Group Resources was detained in August 2017 and then released as part of an investigation into alleged money laundering.

“A total of 17 million shekels ($4.8 million)… will be confiscated, as part of a civil forfeiture agreement under the money laundering act,” the Israeli prosecutor’s office said in a statement, noting that the accord was signed on Thursday.

The deal with Israel’s tax authorities “puts an end to the dispute” with Steinmetz, the statement added.

The magnate, who made his fortune in the diamond industry, has long featured on Forbes magazine’s annual list of Israel’s wealthiest people.

A statement sent to AFP from Steinmetz’s lawyers Nati Simchony and Ronen Rosenbloom said the agreement showed the allegations against their client were “baseless”.

“For more than 10 years, he has been at the centre of an international campaign against his reputation and his integrity,” the lawyers said.

Although Israeli authorities have dropped their charges, Steinmetz still awaits the outcome of an appeal bid against a corruption conviction in Switzerland.

Steinmetz was found guilty in 2021 of setting up a complex financial web to pay bribes to ensure his company could obtain permits in Guinea’s southeastern Simandou region, which is estimated to contain the world’s biggest untapped iron ore deposits.

He was sentenced by a Geneva court to five years in prison and ordered to pay 50 million Swiss francs ($53 million) in compensation.

In December 2020, a Romanian court sentenced him in absentia to five years in prison in a property-related case dating back to 2006-2008.

Steinmetz and a co-accused were found guilty of “the creation of an organised criminal group” in a case that cost the Romanian state $145 million. © Agence France-Presse