Key players in the downfall of crypto king Bankman-Fried 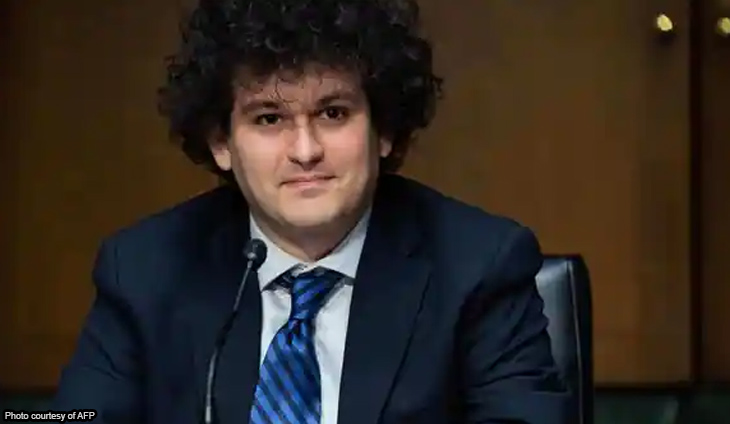 The downfall of cryptocurrency king Sam Bankman-Fried is a financial high drama that includes other major players. Here is a look at some of them:

– Caroline Ellison –
It would be hard to invent a more wholesomely nerdy backstory for Caroline Ellison, the former CEO of FTX sister company Alameda Research, who now faces up to 110 years in jail.

Her parents are both academics at the Massachusetts Institute of Technology and her father based a school textbook on his experiences coaching her middle school math club.

According to a profile in Forbes magazine’s “30 Under 30” segment, an eight-year-old Ellison wrote her father an economics paper analyzing the prices of stuffed animals.

The 28-year-old met Bankman-Fried when both were working at Jane Street, a New York trading firm. She arrived at Alameda as a trader in 2018 and became co-CEO last year.

The pair are widely reported to have been in a romantic relationship and lived together with other Alameda and FTX staff at a mansion in the Bahamas.

She told the El Momento YouTube channel earlier this year that she had gotten “fairly lucky” with her job and would not change a thing about her career.

She also reflected on making losses as a trader, saying that “over time you have to get comfortable with larger and larger swings of money.”

– Gary Wang –
Earlier this year, Forbes named Gary Wang as the richest in its list of billionaires under 30, estimating his fortune at almost $6 billion.

“Congratulations, Gary, on becoming the wealthiest person in the world under 30,” tweeted Sam Bankman-Fried. “I couldn’t be prouder.”

The pair reportedly met at a high school math camp and were roommates at MIT, where Wang studied math and computer science.

They set up FTX together in 2018 and Wang served as its chief technical officer.

He faces 115 years in jail for, among other things, writing the code that allowed Alameda to divert FTX customer funds.

Unlike Bankman-Fried, Wang has kept a low profile online.

He and Ellison served on the board of the FTX Foundation, which was purportedly the charity arm of FTX steeped in the “effective altruism” ethos.

A biography on the foundation’s website said Wang previously worked at Google, where he “built systems to aggregate prices across millions of flights.”

He was among the group of 10 Alameda figures who shared the Bahamas mansion.

– Ryan Salame –
Salame, 29, is seen as the leading FTX salesman and is thought to be the first member of Bankman-Fried’s circle to have flipped on his former employer.

The rural Massachusetts native was hired by Alameda after briefly working at accounting giant EY.

According to court filings, he told Bahamian authorities that customer deposits at FTX were used to bail out Alameda; that became the heart of the case against Bankman-Fried.

Salame, like Bankman-Fried and Ellison, was a fervent practitioner of “effective altruism,” a movement embraced by crypto’s nouveau riche that commits to giving away massive wealth efficiently.

The Georgetown University graduate was also a mega-donor to the Republican Party, giving $13.4 million in this year’s midterm US election campaign.

– Joseph Bankman and Barbara Fried –
Bankman-Fried’s father and mother are both Stanford Law School professors. They raised their son in the rarefied air of the northern California campus that teemed with tech titans, influential academics and political heavy hitters.

Joseph Bankman and Barbara Fried were by their son’s side during his meteoric rise, with his father, a tax law specialist, playing a role of legal adviser and philanthropist, and accompanying him on lobbying trips to Washington.

A trained clinical psychologist, Bankman was a constant FTX cheerleader and was at times on its payroll. He was present in the Bahamas courtroom following his son’s arrest on December 12.

Fried recently retired from Stanford and last month stepped down from an NGO called Mind the Gap that uses statistics to determine the influence of political donations to the Democratic Party. Her son was a major contributor to the group.

In congressional testimony, new FTX CEO John Ray, a bankruptcy specialist, said that he was investigating Bankman and Fried over their potential involvement in their son’s company.