US ban on ‘Made in Hong Kong’ label breaches trade rules: WTO 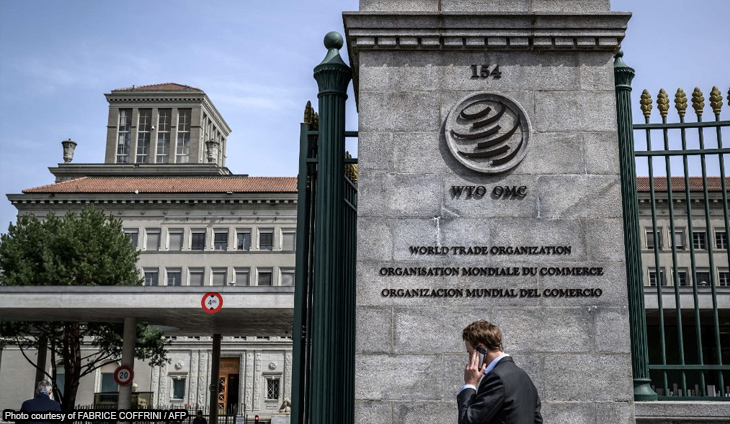 The United States is flouting international trade rules by labeling imports from Hong Kong as those from China, the World Trade Organization ruled Wednesday, an outcome that Washington rejects.

The ruling addresses a decision under former president Donald Trump’s administration to mark Hong Kong products with the “Made in China” stamp after Beijing imposed a sweeping security law on the financial hub in 2020.

Trump retaliated by removing special trading privileges for Hong Kong, and US customs authorities later said goods produced in the region would be marked to indicate they were made in China instead, sparking a complaint.

Hong Kong has argued that such a move ignores its status as a separate member of the WTO, violating trade rules.

On Wednesday, a panel set up by the WTO’s dispute settlement body said that the origin marking requirement was “not justified” under global trade rules.

It added in a report that the US “has not demonstrated that the situation at issue constitutes an emergency in international relations.”

The US’s labeling requirement also gives Hong Kong products “less favorable” treatment than others, the panel said, adding that goods of other countries bear their own name rather than that of another WTO member.

The outcome drew a sharp response from Washington Wednesday, with US Trade Representative spokesperson Adam Hodge saying the country “strongly rejects the flawed interpretation and conclusions” of the panel report.

The US was responding to China’s “highly concerning actions,” threatening US national security interests, Hodge said.

He added that the US does not plan to remove the marking requirement as a result of the latest report.

“Issues of national security cannot be reviewed in WTO dispute settlement, and the WTO has no authority to second-guess the ability of a WTO Member to respond to what it considers a threat,” Hodge said.

In the past, Washington treated imports from Hong Kong differently to goods from the rest of China, in recognition of its semi-autonomous status.

But former President Trump vowed that this would change after Beijing imposed the security law to quell huge and often violent pro-democracy protests in Hong Kong. (AFP)