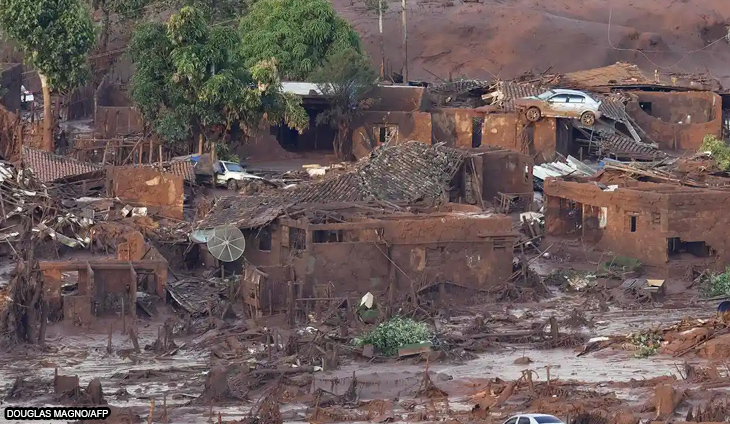 Global mining firm BHP must stand trial in the UK to face an estimated £10 billion ($12 billion) damages claim over a deadly 2015 dam collapse in Brazil, a judge has ruled.

More than 400,000 claimants could eventually join the compensation claim against the Australian company in London’s High Court over the tragedy at an iron ore tailings dam that killed 19 people.

It will be the largest group litigation in English civil court history, according to law firm Pogust Goodhead, which is leading the case on their behalf.

The 2015 tragedy unfolded after the dam in the Minas Gerais region ruptured.

It resulted in the deaths of 19 people, the flooding of 39 towns, and the polluting of hundreds of kilometres of river, in one of the worst environmental disasters Brazil has ever seen.

Following several years of preliminary court hearings, judge Finola O’Farrell ruled in a judgement published Wednesday that the case must go to trial.

“It is now time to avoid further delay and make substantive progress in determining the dispute,” she said in a 17-page judgement dealing with various aspects of the complex litigation.

Pogust Goodhead called setting a trial date a “transformational moment” in the years-long legal battle, but accused BHP of “prolonging the misery” of the hundreds of thousands of claimants.

“Having committed ecocide through their negligent conduct prior to the collapse of the dam in November 2015, BHP continues to destroy shareholder value in the way it conducts this litigation,” the law firm’s CEO Tom Goodhead said in a statement.

“BHP’s liabilities have now doubled to over £10 billion and interest on that amount continues to compound at 1 percent per month pursuant to Brazilian law.”

A spokesman for the London-listed BHP said the multinational “denies the claims in their entirety” and will continue to defend itself against the claim.

He argued Thursday’s judgement was a “procedural decision that relates to the next steps in this phase of the court process” and does not “relate to the merits of the UK action”.

The spokesman added the UK claim was “unnecessary” as it “duplicates” ongoing legal proceedings in Brazil.

In August, BHP revealed decade-high profits that had jumped nearly 40 percent in the past year despite falling iron ore prices, bolstered by unprecedented demand for coal and copper.