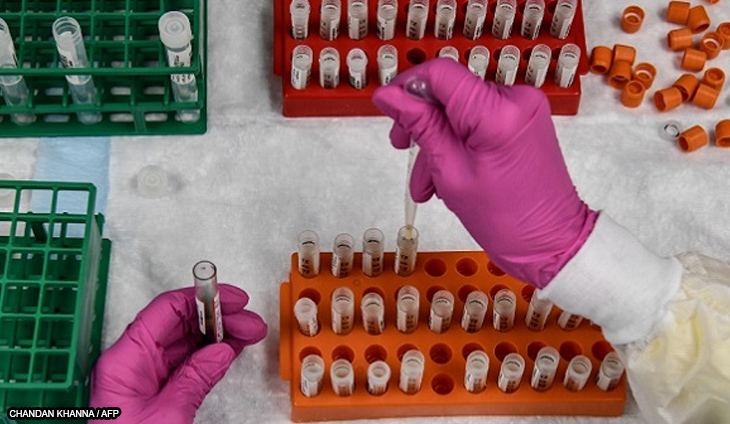 Japan has approved a blood test kit to diagnose Alzheimer’s disease, its manufacturer announced on Thursday, a rare advance in tackling a condition that affects tens of millions worldwide.

Sysmex Corporation said it was now working to get the kit, which measures the accumulation of a protein that is a marker for the disease, to market “as soon as possible”.

“Sysmex has been developing a technology to more quickly and readily identify the accumulation of (amyloid beta) in the brain in order to solve issues in the diagnosis of Alzheimer’s disease,” the company said.

“Unlike conventional testing methods… (the kit) allows testing with blood, thus reducing the physical, emotional, and financial burden on patients,” it added.

The Alzheimer’s Association, a US-based group, says “an urgent need exists for simple, inexpensive, non-invasive and easily available diagnostic tools such as blood tests to diagnose the disease”.

“In the future, they are very likely to revolutionise the diagnostic process for Alzheimer’s and all other dementia,” the group says on its website.

The data also revealed adverse effects including brain bleeds and swelling, but was largely hailed as offering a “real treatment option” for those with the degenerative cognitive disease.

In Alzheimer’s disease, two key proteins, tau and amyloid beta, build up into tangles and plaques, known together as aggregates, which cause brain cells to die and lead to brain shrinkage.