US widens trade complaint against Canada over dairy 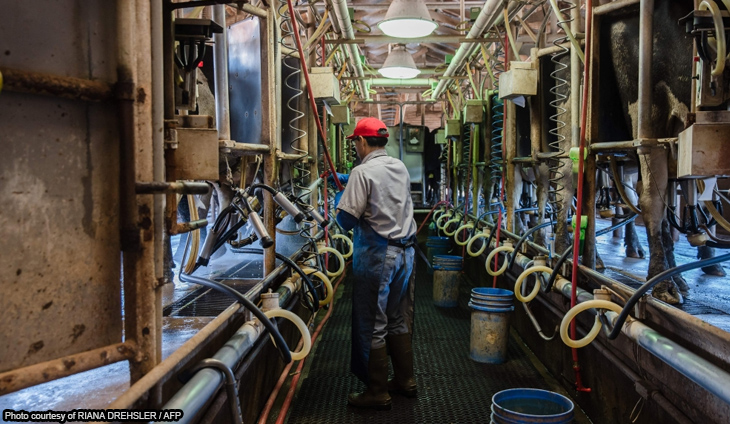 The United States announced Tuesday it is broadening its challenge of Canada’s dairy import policies, which Washington says denies US producers and exporters “full benefits of market access.”

The statement by US Trade Representative Katherine Tai comes months after the US asked for dispute settlement consultations under the US-Mexico-Canada Agreement, saying in May that changes to the dairy quota system Ottawa unveiled did not resolve long-standing concerns.

But on Tuesday, Tai added that the US is requesting new dispute settlement consultations with Canada under the US-Mexico-Canada Agreement over the TRQs system.

“With this new request, the United States expands its challenge of Canada’s dairy TRQ allocation measures,” the USTR said in a statement.

“Canada applies different criteria for calculating the market share of different segments of applicants, and Canada is failing to allow importers the opportunity to fully utilize TRQ quantities,” the statement added.

A TRQ applies a preferential tariff to a set volume or quota of product, and a higher duty for amounts above that level.

“The terms that we negotiated under the Canada-United States-Mexico free trade agreement are being respected and upheld,” Ng said.

She said that past dispute settlement panels “have repeatedly confirmed that our supply management system is in line with our international trade obligations.”

And, she said in a statement to AFP, Ottawa looked forward to demonstrating in the new consultations “how Canada is meeting its CUSMA obligations,” using a different acronym for the North American trade pact.

The USTR also alleged that Canada “undermines the market access that it agreed to provide” through the US-Mexico-Canada pact.

She added that Ottawa’s policies “continue to deny US workers, farmers, producers, and exporters the full benefits of market access.”

Under the US-Mexico-Canada Agreement, Canada was permitted to use the TRQs system for 14 dairy product lines.