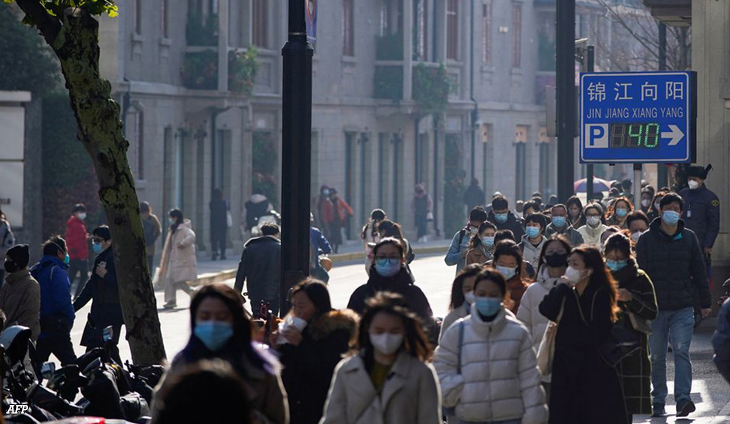 The World Bank on Tuesday slashed its China growth forecast for the year as the pandemic and weaknesses in the property sector hit the world’s second largest economy.

Both figures are well below Beijing’s GDP growth target of around 5.5 percent for the year, a figure many analysts believe is now unattainable.

“Economic activity in China continues to track the ups and downs of the pandemic — outbreaks and growth slowdowns have been followed by uneven recoveries,” the World Bank said.

“Real GDP growth is projected to reach 2.7 percent this year, before recovering to 4.3 percent in 2023, amid a reopening of the economy.”

But disruption to businesses has continued as cases surge and some restrictions remain in place.

Health authorities have admitted that official figures no longer capture the full picture of domestic infections now that mass testing requirements have been dropped.

Last week the IMF warned it too would likely downgrade its projections for China again, blaming a predicted continued rise in cases.

The fund cut its growth projection for China in October to 3.2 percent this year — the lowest in decades — while expecting growth to rise to 4.4 percent next year.

But “very likely, we will be downgrading our growth projections for China, both for 2022 and for 2023”, IMF chief Kristalina Georgieva told AFP.

Experts fear China is ill-equipped to manage the exit wave of infections as it presses ahead with reopening, with millions of vulnerable elderly people still not fully vaccinated.

The economy is under pressure on other fronts, too.

“Persistent stress” in the real estate sector — which accounts for about a quarter of annual GDP — could have wider macroeconomic and financial effects, the World Bank noted.

And it added that youth unemployment, the risks from extreme weather caused by climate change and the wider global slowdown also threatened growth.

The world economy is being battered by surging interest rates aimed at fighting runaway inflation that has been triggered by Russia’s war in Ukraine as well as global supply chain snarls.

Beijing has sought to mitigate low growth with a series of easing measures to provide support, slashing key interest rates and pumping cash into the banking system.

“Directing fiscal resources towards social spending and green investment would not only support short-term demand but also contribute to more inclusive and sustainable growth in the medium term,” said the World Bank’s Lead Economist for China Elitza Mileva. — Agence France-Presse