FTX founder Bankman-Fried back in jail after hearing 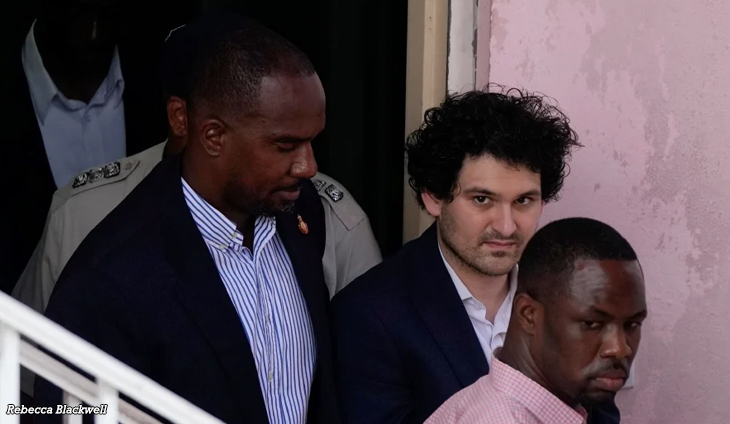 Sam Bankman-Fried, wanted in the United States for fraud after the collapse of his FTX cryptocurrency group, remained in a Bahamas prison Monday after an abortive court hearing that was to consider his possible extradition.

One week after the former billionaire was arrested in Nassau, US and local media had reported that the 30-year-old onetime cryptocurrency wunderkind was preparing to accept extradition to stand trial in New York.

Bankman-Fried was seen arriving at the Nassau magistrate court from the Fox Hill prison, and then leaving nearly three hours later without immediate comment from him or his attorneys.

But local media reported that the hearing was ended shortly after it began amid confusion of why it was called.

According to the Nassau Guardian, the magistrate, Shaka Serville, permitted Bankman-Fried to speak by phone with his US attorneys before sending him back to the prison.

After Bankman-Fried returned to prison, the Nassau Guardian and the local Eyewitness News cited his local attorneys as saying he had agreed to be voluntarily extradited to the United States.

That could not be immediately confirmed with his US attorneys.

If he maintains his right to fight extradition, he is scheduled to appear for a hearing on the issue in early February.

Last week the US Justice Department and the Securities and Exchange Commission (SEC) filed criminal and civil charges against Bankman-Fried, alleging that he cheated investors in FTX and misused funds that belonged to FTX customers.

FTX rose spectacularly from 2019 to become a leading player in the virtual currency industry while based in the Bahamas.

Bankman-Fried appeared on the covers of finance and tech magazines, and drew in huge investments from prominent fund managers and venture capitalists.

He was also lionized in the halls of politics, becoming a spokesman for the industry on tough issues such as regulation and risk in Washington.

He also contributed tens of millions of dollars to political campaigns of both Republicans and Democrats.

But his shooting star snuffed out dramatically in November when the company and its sister trading firm Alameda Research collapsed into insolvency.

After reaching a valuation of $32 billion, the group imploded following a November 2 media report that Alameda’s balance sheet was heavily built on the FTT currency — a token created by FTX with no independent value — and exposed Bankman-Fried’s companies as being dangerously interlinked.

Bankman-Fried was arrested at his Nassau apartment on December 12 at the request of federal prosecutors in New York.

He was charged in the United States with eight counts including conspiracy, wire fraud, money laundering and election finance violations.

Separately the SEC accused him of violating securities laws.

Bankman-Fried “was orchestrating a massive, years-long fraud, diverting billions of dollars of the trading platform’s customer funds for his own personal benefit and to help grow his crypto empire,” US prosecutors said. — Agence France-Presse