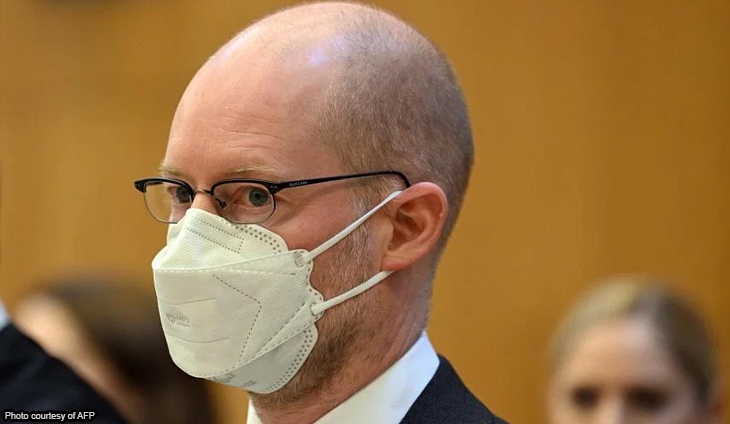 A former manager of disgraced payments company Wirecard painted a damning picture of ex-CEO Markus Braun on Monday, telling judges he was “at the core” of the biggest accounting fraud scandal in German corporate history.

Oliver Bellenhaus, former head of Wirecard’s Dubai subsidiary, is on trial alongside Braun but has admitted wrongdoing and turned chief witness for the prosecution.

“Braun was at the core of everything,” Bellenhaus told the court in Munich, describing a “system of organised fraud” at the company.

“The whole thing was a scam from the start,” Bellenhaus said.

Wirecard imploded spectacularly in June 2020 after it was forced to admit that 1.9 billion euros ($2.0 billion) in cash, meant to be sitting in trustee accounts in Asia, didn’t actually exist.

Braun and Bellenhaus are in the dock along with Wirecard’s ex-accounting boss Stephan von Erffa. They face charges including commercial gang fraud and market manipulation.

Prosecutors accuse the trio of inventing revenue streams with third-party companies in order to inflate Wirecard’s accounts and make the loss-making company appear profitable to investors and creditors.

Bellenhaus, taking the stand for the first time since the Wirecard trial opened earlier this month, also implicated Marsalek in the fraud.

“I am shocked by my own behaviour,” Bellenhaus said about his own role in the trickery, saying he had acted out of “blind loyalty” to Braun and Marsalek.

Defence lawyers for Braun gave a different version of events last week, arguing that Bellenhaus was not a witness but “a main perpetrator in a gang whose sole aim was to embezzle money”.

The downfall of the once celebrated digital payments company sent shockwaves through Germany, damaging the country’s reputation as a financial centre and prompting an overhaul of market regulator Bafin.

Braun, who has been in custody for over two years, has not yet addressed the court but may take the stand in the second half of January, his lawyer said.