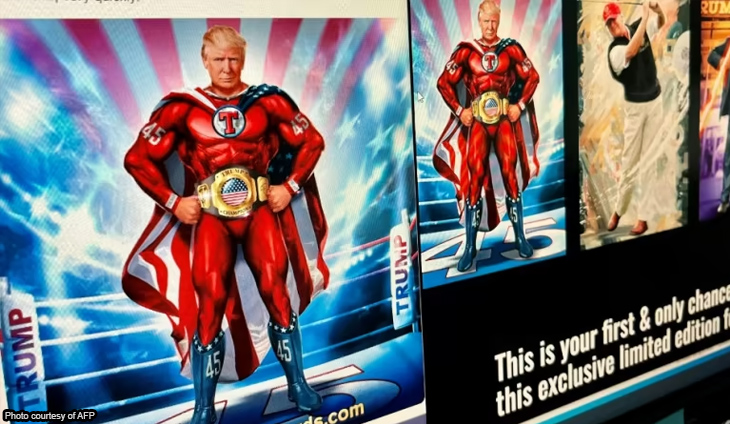 It could be the perfect Christmas present for the Donald Trump fan in your life — a $99 digital trading card showing the former president in various guises including a cowboy, astronaut and fighter pilot.

Trump, whose bid to win back the White House in 2024 appears to be stalling, had hyped that he would be making a “major announcement.”

Speculation had mounted that he could name his vice presidential pick.

But the unveiling of his NFT (non-fungible token) card collection — timed to cash in during the holiday shopping season — instead attracted widespread ridicule.

In a promotional video that showed Trump in a muscled-up Superman-style costume with laser-beam eyes, he gave the cards his classic hard sell.

“These cards feature some of the really incredible artwork pertaining to my life and my career. It has been very exciting,” he said.

“Buy your Trump Digital Trading Cards right now before they are all gone, and they will be gone!”

Slamming the message home, he added: “Remember Christmas is coming and this makes a great Christmas gift.”

President Joe Biden, who defeated Trump at the polls in 2020, clapped back at Trump’s self-styled “major announcement.”

“I had some MAJOR ANNOUNCEMENTS the last couple of weeks, too,” Biden tweeted.

“Inflation’s easing. I just signed the Respect for Marriage Act. We brought Brittney Griner home. Gas prices are lower than a year ago. 10,000 new high-paying jobs in Arizona.”

Since Trump announced he would seek to return to the Oval Office, he has suffered a series of setbacks including the defeat of many candidates he backed in midterm elections last month, growing criticism from former allies and multiple legal cases against him.

The NFTs — digital versions of collectible baseball cards — also offer the chance to win prizes such as dinner or a round of golf with Trump, autographs and one-on-one Zoom meetings.

“We are doing a lot. My Official Trump Digital Cards are $99 which doesn’t sound like very much for what you getting,” he added. 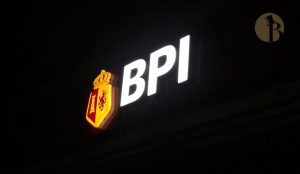 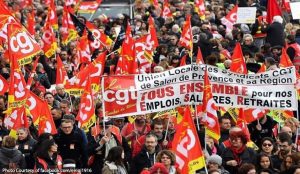