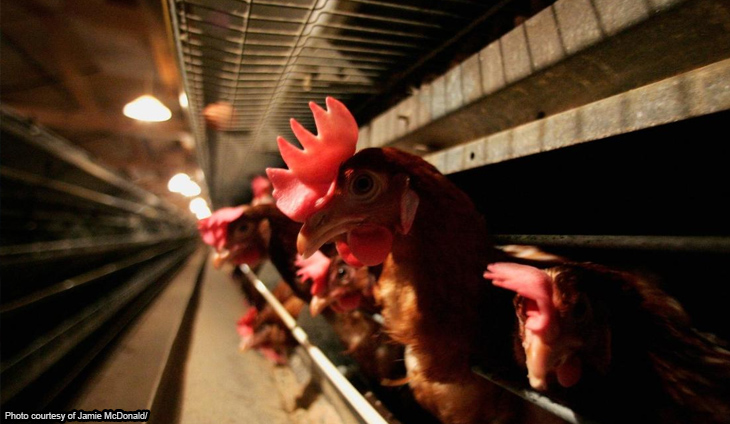 Israeli scientists have created egg-laying hens that only produce females, a breakthrough that could help end the annual culling of around seven billion male chicks globally.

The chicks, born from egg-laying, are destroyed en masse by suffocation or crushing because they are not suitable for meat production and do not lay eggs.

Animal rights activists have denounced the practice as barbaric, and it has been banned in several European states.

A German prohibition on male chick culling came into effect this year. French farmers have until year’s end to comply with new restrictions.

A team at the Israeli Agricultural Research Organization-Volcani Center has used gene editing to develop hens that only gives birth to females.

Except for this vital change, they are “completely identical to the breed of hens that lay edible eggs and are currently used in agriculture,” according to Huminn, the American-Israeli firm which partnered with the Volcani Center.

The researchers say this is the only option to substantially curb mass male chick culling around the world.

“This is a world first and the only solution that is easy for industry players to implement,” team leader Yuval Cinnamon, a Volcani Center embryologist, told AFP.

He said technologies that seek to identify whether an egg is carrying a male or female embryo are not reliable.

The Volcani Center, based in the Tel Aviv suburbs, developed the technique following seven years of research with Huminn, which in part specialises in commercially viable sustainable food production.

– ‘Most serious problem’ –
The technology involves genetically modifying egg-laying hens so that, when carrying male embryos, those do not progress and hatch.

“After fertilisation the male embryos do not develop, and the female embryos develop normally without being genetically modified and hatch normally,” Cinnamon explained.

“This will provide a real answer to what is probably the most serious animal welfare problem in the world today,” he added.

Beyond the animal rights benefits, the technology could offer poultry producers huge savings in terms of the space and energy required to operate incubators while reducing the significant culling costs.

“It costs a dollar to cull each male chick, so that’s seven billion in savings a year,” Cinnamon said.

Huminn has forecast that commercial benefits from the technology could emerge within two years.

At a meeting in October, European Union agriculture ministers said they would consider a bloc-wide ban on culling male chicks from egg-laying hens, pending the results of an impact assessment.