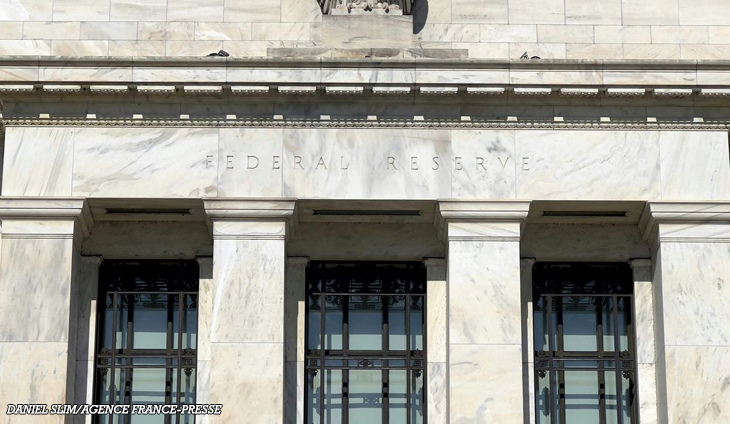 The Federal Reserve moderated its all-out campaign to cool US inflation Wednesday, lifting the benchmark lending rate by a half percentage point though warning there is still “some ways to go.”

But officials signaled that their battle to cool the US economy is not yet over.

In a statement, the Fed’s policy-setting Federal Open Market Committee (FOMC) said it “anticipates that ongoing increases in the target range will be appropriate” to reach a stance restrictive enough to rein in inflation.

They also raised their unemployment and inflation estimates for next year.

“Fifty basis points is still a historically large increase, and we still have some ways to go,” Fed Chair Jerome Powell told reporters in a press briefing after the rate announcement, and markets slumped on the central bank’s signals.

In their projections, policymakers expect rates would land higher than expected at 5.1 percent next year, according to a median forecast.

“I wouldn’t see us considering rate cuts until the committee is confident that inflation is moving down to two percent in a sustained way,” Powell said.

– ‘More evidence’ –
While consumer inflation eased in October and November, Powell said “it will take substantially more evidence to give confidence that inflation is on a sustained downward path.”

Households have been squeezed by red-hot prices, with conditions worsened by surging food and energy costs after Russia’s invasion of Ukraine, and fallout from China’s zero-Covid measures.

Asked if a “soft landing” for the economy remains achievable, Powell said this would be more likely if lower inflation readings persist.

Nancy Vanden Houten of Oxford Economics said: “The projections don’t explicitly call for a recession, although a rise in the unemployment rate by as much as the Fed now forecasts is consistent with a recession.”

The Fed lifted its median jobless rate forecast to 4.6 percent on Wednesday.

But Powell said: “I don’t think anyone knows whether we’re going to have a recession or not, and if we do, whether it’s going to be a deep one or not.”

“If policymakers implement all the hikes they now expect, they will have done too much,” he cautioned.

Analysts have warned that further tightening by the Fed risks cooling the economy at a time when it is already under pressure heading into 2023.

The latest increase suggests the Fed has “moved to phase two of its rate hiking cycle,” said Rubeela Farooqi of High Frequency Economics in a note.

This means it is shifting from its more aggressive path to “a slower pace of rate increases until rates are in a sufficiently restrictive stance,” she said.

Powell added Wednesday that the Fed’s focus now is “on moving our policy stance to one that is restrictive enough to ensure a return of inflation to our two percent goal over time.”

Consumer inflation came in at 7.1 percent year-on-year in November, according to government figures.

“We think that we’ll have to maintain a restrictive stance of policy for some time,” Powell said.