France bets on tech and transparency to beat Chinese caviar 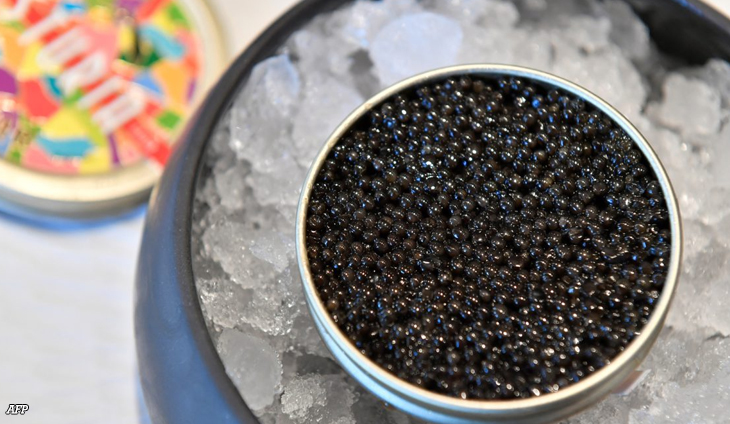 At the fish farm near Bordeaux, Christophe Baudoin is running an ultrasound device over the belly of a large sturgeon to check its eggs.

“Caviar!” he shouts as the monitor shows the right sparkle around each little round ball.

“Over-mature!” comes the next shout, indicating the fish’s pregnancy cycle has gone too far and the eggs have softened — losing the crucial crunch. It will go back in the lake to await another cycle in two years.

For the company, Sturia, it’s an incredibly laborious process — they ultrasound some 20,000 fish a year for a total of 300 tonnes of caviar — but climate change has made it vital.

Many fish are coming out “over-mature”, in part because warmer waters have accelerated the pregnancy cycle.

For the guys standing in the water, scooping up the huge fish for inspection, the winter days when 10 centimetres (four inches) of ice coated the lakes are not entirely missed.

But the change is still shocking.

“It’s been 10 years since we’ve seen any ice on these lakes,” said Baudoin.

One in five of the fish died in 2021 when water temperatures hit 30 degrees, five degrees above a sturgeon’s comfort zone.

“You might not know each one by name, but it’s never nice to pull out a dead fish — and of course the cost for the group is enormous,” said Sturia boss Laurent Dulau.

Fished to the brink of extinction in the wild — including the once-rich Russian and Iranian waters of the Caspian Sea — sturgeon now exist almost exclusively in farms, most of them in China.

Sturgeon were fished in France’s Gironde river for centuries, but their eggs were given to children, old people and pigs until Russian nobles fleeing the Communist revolution a century ago showed locals their potential.

It became a delicacy in Paris after Armenian emigrants Melkoum and Mouchegh Petrossian convinced the Ritz Hotel in Paris to serve caviar in the 1920s.

Farming only started in France in the 1990s, and since it takes up to a decade to raise a sturgeon, progress is painstaking.

Unable to compete with China on quantity, French producers focus on sustainable and healthy farming.

The ultrasound avoids unnecessary killing and Sturia sends the meat to be used for rillettes pate, the collagen-rich gonads for cosmetics, and the skin for leather and a specialist glue favoured by violin-makers.

Dulau said the focus on traceability and quality is rebuilding caviar’s image after the over-fishing crisis.

“The idea is to produce less, but produce better,” he said. “People will eat less because it’s a lot more expensive, but it will be so good that they’ll be satisfied.”

But Michel Berthommier, of nearby Caviar Perlita, is frustrated that “nine out of 10, maybe 10 out of 10” French restaurants still source from China. He blamed middle-men for preferring the mark-up on foreign eggs.

“It’s bizarre at a time when restaurants are always saying they source their products locally. We sell more to Singapore than restaurants 10 kilometres down the road,” he said.

But he said the transparency of French production will win over buyers.

“There used to be a mystery around how these fish were raised and harvested. We have opened our books on how our fish live, how they are fed and selected.

“We can’t be number one in production, but we can lead the way in creativity and science.” — Agence France-Presse