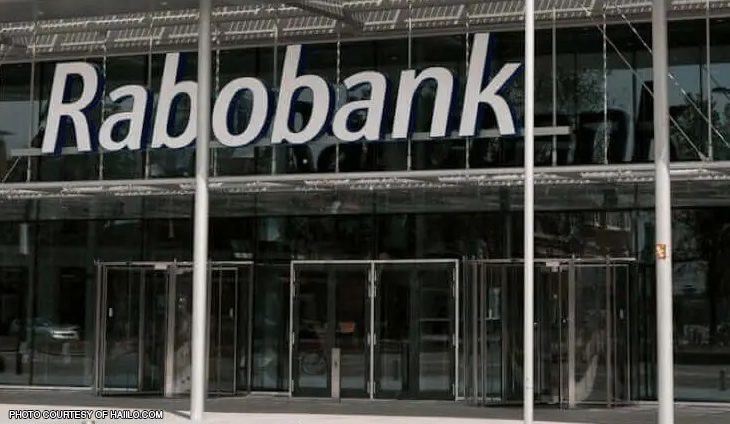 Rabobank’s announcement followed a Dutch Central Bank (DNB) civil probe ending last year in a half-a-million euro fine against the bank, as well as a recommendation that a criminal probe should be opened.

“The Dutch Public Prosecution Service has informed Rabobank that it has been designated as a suspect in connection with violations of the Money Laundering and Terrorist Financing Prevention Act,” Rabobank said in a statement.

“An investigation is underway into this,” it added in the statement, without giving details.

The DNB in September 2018 demanded that Rabobank improve its client screening, monitoring of transactions and blowing the whistle on irregular transactions.

By April 2020, Rabobank’s entire client portfolio had to comply with the anti-terror financing and money laundering legislation, the NOS public broadcaster reported.

But the DNB concluded last year that Rabobank was still falling short and slapped it with the fine and the recommendation.

“Rabobank is fully co-operating with the investigation,” it said in the statement.

Bank representatives told the NOS that it had until 2024 to implement its own “recovery plan”.

This included a policy of not taking on new clients from certain “critical groups” such as professional football clubs or certain sectors that deal with a lot of cash.

The bank crime scandal followed similar investigations into the Netherlands’ largest money-lender, ING, which was served a 775-million-euro fine in 2018.

That scandal saw ING axe its chief financial officer Koos Timmermans after a two-year probe by Dutch authorities found that many white-collar crime suspects held accounts at the bank.

The case threatened to seriously damage ING’s reputation and triggered calls for its directors to resign.