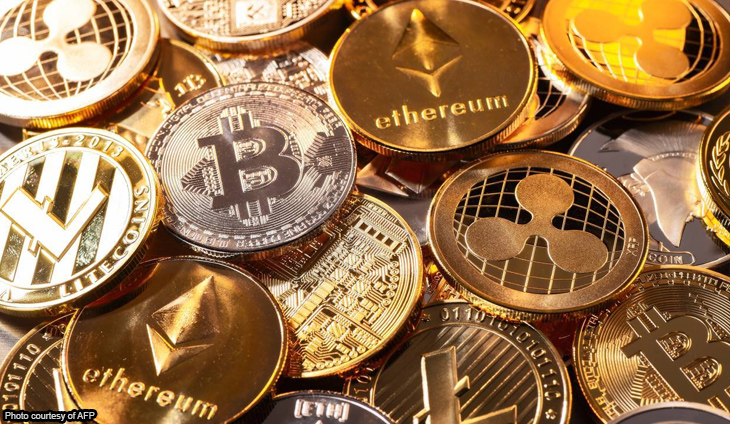 Digital currencies were slammed this week after the biggest cryptocurrency platform Binance agreed to buy crisis-hit rival FTX.com, before scrapping the takeover one day later.

The saga, centred on FTX’s lack of liquidity, is reverberating across the global cryptocurrency landscape, as market players also mull the response of financial regulators.

– How did FTX collapse? –
FTX was thrown into turmoil this month in a spectacular reversal of fortune for its founder and one-time cryptocurrency wunderkind Sam Bankman-Fried, who is also widely known by his initials SBF.

Doubts had already been growing about the financial stability of FTX despite Bankman-Fried’s good standing in Washington as a public face of crypto investing.

Attention focused on the relationship between FTX and Alameda Research, a trading house also owned by Bankman-Fried that was taken down from the internet on Wednesday, reports said.

“FTT is a token printed out of thin air and SBF ran both companies. Talk about a conflict of interest,” noted data analyst Dan Ashmore at investment advisors Invezz.

FTX now needs to find about $8.0 billion to plug a massive hole in its finances and escape bankruptcy, reports say.

That is a hard task given that investors are deeply mistrustful, with Sequoia Capital writing off its $213-million stake citing FTX’s “solvency risk”.

Bankman-Fried issued a “sincere” apology Thursday, adding FTX will do “everything we can to raise liquidity”.

The news sent FTT tokens tumbling as traders fretted over the outlook for Binance’s biggest rival.

Two days later, on Tuesday, Binance agreed to buy FTX — only to abort the deal late on Wednesday.

Zhao defended himself against accusations of a Machiavellian plot.

“FTX going down is not good for anyone in the industry. Do not view it as a win for us. User confidence is severely shaken,” he tweeted.

Yet that did not convince Bankman-Fried who tweeted: “Well played; you won” in a message aimed at a “sparring partner”.

– What is impact on crypto? –
Bitcoin, the world’s most popular digital currency, has collapsed by about 20 percent since Sunday and hit a two-year low Thursday.

Traders fear that FTX, which has key holdings in an array of crypto projects, could be forced to sell off assets in order to survive.

The industry is still licking its wounds since so-called stablecoin TerraUSD and a linked token, Luna, collapsed in May this year, knocking tens of billions of nominative value off the crypto market.

Their rapid fall from grace “creates a confidence crisis and reduces the appetite of other crypto companies to come to the rescue”, he added, predicting bitcoin could tumble further.

– What about regulation? –
Binance axed its deal late Wednesday and cited recent press reports about mismanagement of client funds — and investigations by US regulators.

This move “suggests, at a minimum, a lack of disclosure and transparency on the part of FTX or worse, putting customer deposits at risk for business bets FTX was making”, said ETC Group analyst c.

“Even some of the largest companies in crypto are failing to ring-fence and protect customer assets.”

Binance has vowed to publish details of cryptocurrency reserves and called for transparency from other exchanges.

The fall of Bankman-Fried meanwhile raises questions about who will replace him as an industry intermediary for regulators and politicians alike. (AFP)