East-West Seed: Growing and eating our way to progress via vegetables 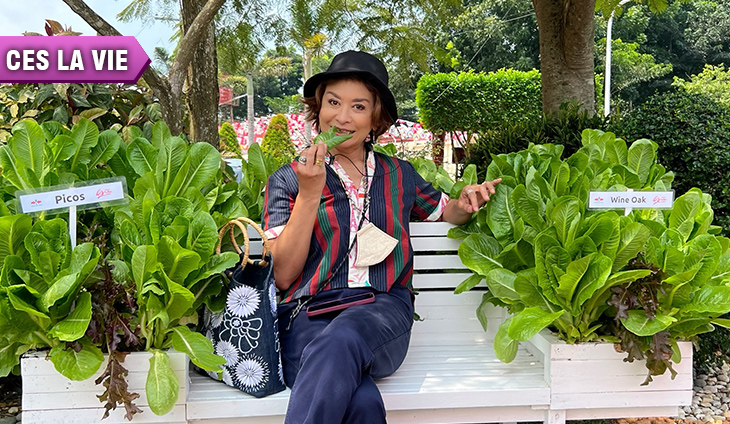 For the past 40 years, East-West Seed Philippines has been at the forefront of developing high quality vegetable seeds suited for tropical conditions. From its humble beginnings in Lipa City, Batangas, the company has grown to export products that have reached various parts of Asia, Latin America and Africa.

To date, 23 million farmers worldwide have benefited from seeds developed by East West Seed. Its mission has become even more critical with the advent of climate change. Through research and cutting edge technology, the company is able to produce vegetable seed varieties that have a better yield and greater resistance to insects and diseases. The seeds are also coated to ensure a better survival rate in the first 30 days after planting.

The foundation of East West Seed’s valuable work can be seen at the Hortanova Research Center in Lipa City. The center—whose name means “new garden”—features a gene bank, a model farm, laboratories and even a museum. Heirloom and open-pollinated seeds are stored at the research center, while hybrid seeds are being developed to ensure adequate food supply for an ever growing population.

East West Seed was founded by Filipino seed trader Benito Domingo and sixth generation Dutch seed grower Simon Groot in 1982. At that time, only imported varieties of vegetable seed that were unsuited for a tropical climate were available in Southeast Asia.

Groot, the 2019 World Food Prize Laureate for his work on improving global access to vegetables, said it was the big gap between the qualities of seeds available in tropical countries that inspired him to collaborate with Domingo.

East West Seed has developed varieties of vegetable seed to address various needs. A farmer in Northern Luzon might prefer ampalaya seeds that yield more bitter tasting produce because Ilocanos like that taste compared to those living in Metro Manila. But regardless of the variety, East West Seed ensures top notch quality for its seeds, which means predictable harvest for the farmer.

From East West Seed General Manager Jay Lopez, I learned that eggplant is the vegetable consumed the most by Filipinos. Second is bitter gourd, followed by squash, tomato and onions.

Lopez said Filipinos’ preference for eggplant is not only a matter of taste, but also practicality. “Aside from it’s easy to plant, it’s also easy to cook. If you look at the CD market, there are only two plants that are important, it’s okra and eggplant. With rice, it’s a square meal for them.”

Compared to our Asian neighbors, however, the Philippines lags behind in terms of vegetable consumption.

“We are still one half of what the Thais are eating in terms of vegetables and one third of the Vietnamese. So we are still far. In a recommended daily food (intake) on a plate, 50 percent should be vegetables and fruits. Right now in the Philippines, it’s 16 percent. We are really, really far,” Lopez said.

In terms of consumption per capita, Filipinos consume about 62 kilos of vegetables per year. This is way behind the average of 82 kilos. China, meanwhile, has the highest vegetable intake in the world at about 400 kilos per year.

Lopez said higher vegetable consumption will not only be beneficial for Filipinos’ health, but for farmers as well. “If we increase our consumption by just 100 grams per person, that will be equal to another 1,000 hectares of vegetable plantation.”

With sustainable vegetable production as one of its goals, East West Seed helps smallholder farms—whose size is about one hectare or less—improve their production. The company is also equally focused on marketing agricultural products.

He said the seeds for butternut squash were already available in the Philippines three to four years ago, but Filipino farmers were skeptical. He said locals preferred the bigger variety of squash, which were often cut into slices because of its size.

Lopez said that when butternut squash was introduced to Filipino farmers, they often asked who would buy the vegetable from them.

“’Yan ang sad part about it so we’re talking to a logistics company na yung backload nila pwede ba namin kargahan ng vegetables. We’re not only doing that, we’re trying to talk to them – can we have a special tray para pag dating sa Manila – fresh hindi lata. We can bring down the price of vegetables,” he added.

Lopez said their holistic approach is aimed at improving incomes of vegetable farmers and in the end, the country’s food security.

Now excuse me while I eat my veggies. Not only are they good for your health, they also help your local farmer! 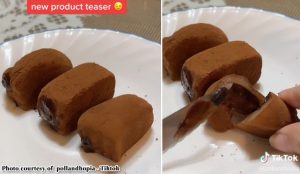