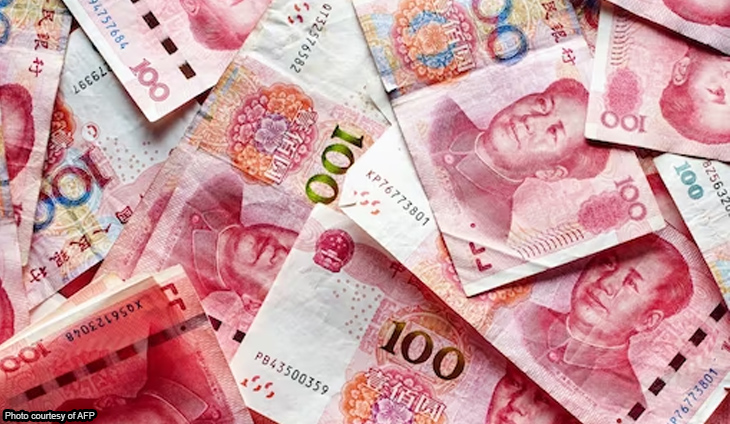 China’s yuan hit a 15-year low against the US dollar on Tuesday, with investors spooked after President Xi Jinping gained complete dominance over the Communist Party at a key meeting last week.

The onshore yuan fell as much as 0.6 percent to 7.3084 per dollar, its weakest level since December 2007 and close to the lower limit of the trading band set by the central bank on Tuesday.

The offshore yuan — which is circulated outside mainland China and is more freely traded than currency in the domestic market — fell to 7.3735 against the dollar, the weakest since clearing banks in Hong Kong were given the go-ahead to open renminbi accounts freely in 2010.

China’s currency has taken a hit, along with other major currencies, as the Federal Reserve’s hawkish tone sends investors piling into the dollar.

The announcement over the weekend that Xi had secured a third term as party leader, stacking leadership positions with proteges and allies, raised fears among investors that Chinese authorities would continue zero-Covid lockdowns and other policies that have hammered the economy.

The yuan, along with Hong Kong-listed Chinese stocks plummeted on Monday, despite the announcement of better-than-expected growth in the third quarter the same day.

One of the most pressing concerns is Xi’s zero-Covid policy, which continues to put tens of millions of people under rolling lockdowns that also shutter factories.

China is the last of the world’s major economies to hew to the strategy, with Xi insisting in his speech to mark the end of the Chinese Communist Party Congress on Saturday that the country’s Covid response has been a success.

China is also battling an unprecedented crisis in its real estate sector — which makes up more than a quarter of the country’s GDP when combined with construction.

“You still have to wait for more policy detail plans in the future,” she said.

Trending: Money
Trending: Bilyonaryo
Back to Homepage
PrevPreviousNovartis net profit down in Q3 amid restructuring
NextTough odds for Macau as casinos pray for a pandemic shiftNext