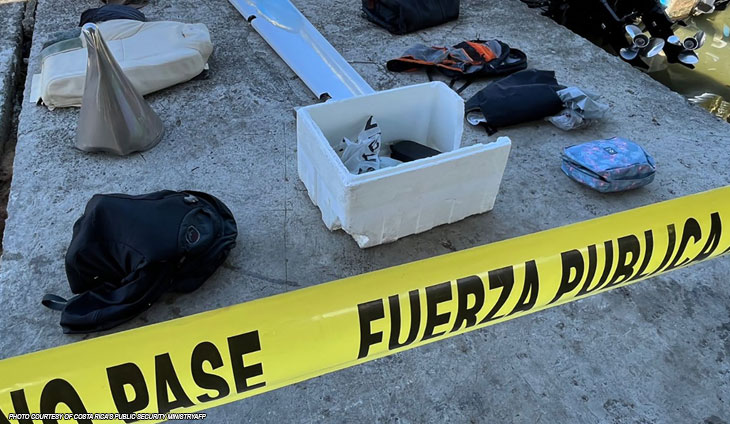 Costa Rican authorities on Sunday confirmed that German millionaire Rainer Schaller and his family were on board a small plane that crashed in the Caribbean, as recovery efforts were hindered by bad weather.

Two bodies, of a minor and an adult, were recovered on Saturday, though they have not yet been identified.

A public security ministry source told AFP that “Schaller, adult male, 53 years old” and five other people were listed as being on the aircraft that crashed on Friday off the coast of the eastern Limon province.

The German newspaper Bild had reported that Schaller, the wealthy founder of a chain of gyms called McFit, his partner and their two children and another unnamed man were passengers on the plane, citing a company spokesman.

Some pieces of luggage and plane wreckage were also found Saturday in the water 28 kilometers (17 miles) from the Limon airport, the public security ministry said.

Search and rescue operations began after the plane, which was traveling from Mexico, lost contact with a control tower in Limon.

Public Security Minister Jorge Torres said the impact appeared to be “very strong” but that the coast guard was continuing its search.

On Sunday, coast guard vessels departed in the early morning but bad weather complicated the search and it was suspended about 12 hours later.

Authorities said they will reevaluate the conditions on Monday to decide whether to continue with the search.

Starting in the late 1990s with just a single gym in the German city of Wurzburg, Schaller grew his low-cost McFit chain into the largest fitness group in Europe.

In 2020, his company acquired the major US fitness chain Gold’s Gym, bringing its global footprint to more than 900 facilities on six continents. (AFP)