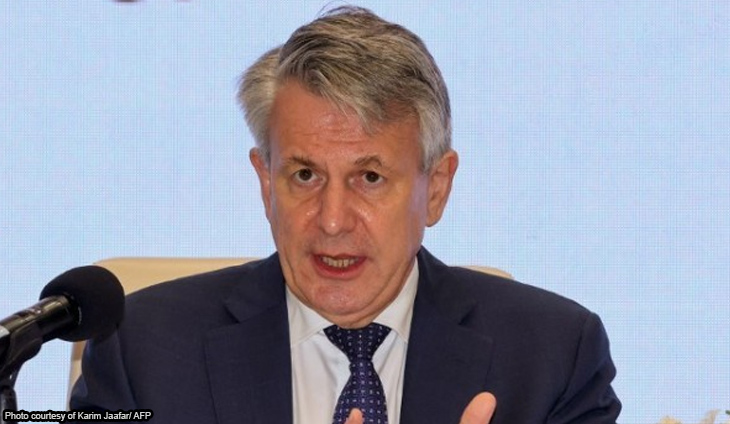 Europe faces painful “industrial rationalisation” due to its energy crisis that risks political trouble, the head of Shell warned Sunday, as the oil giant joined a natural gas project in Qatar.

Shell chief executive Ben van Beurden agreed a deal for a 9.3 percent stake in Qatar Energy’s North Field South project, that will play a major role in the Gulf state’s effort to increase liquefied natural gas (LNG) production by 50 percent in the next five years.

At the signing ceremony in Doha, van Beurden said European industry face taking a major hit from the energy crisis, worsened by the Russian invasion of Ukraine.

Europe has reduced consumption “quite effectively, quite significantly” following the loss of 120 million tonnes of Russian gas a year, van Beurden said, but “a lot of this reduction is achieved by switching off industry”.

Europe has desperately searched for quick alternatives to Russian gas, but van Beurden said Europe would need large amounts of LNG for decades.

“A lot of people say, turn down the thermostat, or maybe don’t switch on the air conditioning,” he said.

“But there is also ‘why don’t we switch off the fertiliser plant that we have’ or ‘let us scale down on some petro chemicals production in general’. And that rationalisation, if it goes on long enough, becomes permanent.”

– ‘Pressure’ –
Van Beurden said there have been “some victory laps” in Europe over the way it has reduced demand, but added “some of it is actually bad news for the long term, namely economic or industrial rationalisation.”

The Shell chief, who will retire at the end of the year, said industrial cuts could spark some “rejuvenation”, but also brought risks.

“To do it at this scale, this abruptness, at a time of economic challenges in general, I think will bring quite a bit of pressure on European economies, and perhaps also a lot of pressures for the political system in Europe,” he said.

British-based Shell is the second European company, after France’s TotalEnergies, to take a stake in North Field South.

Twenty-five percent of the project has been reserved for international energy giants.

Expansion across the North Field, the world’s biggest proven gas reserves, is intended to increase Qatar’s LNG production by 50 percent to about 127 million tonnes a year by 2027. 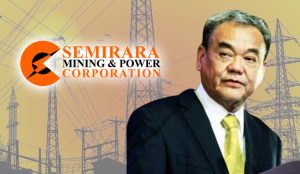 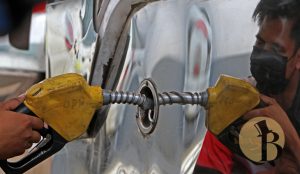 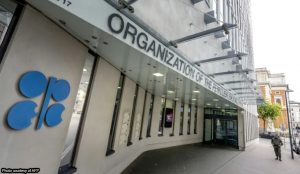