The princess and the shaman: the romance Norway doesn’t love 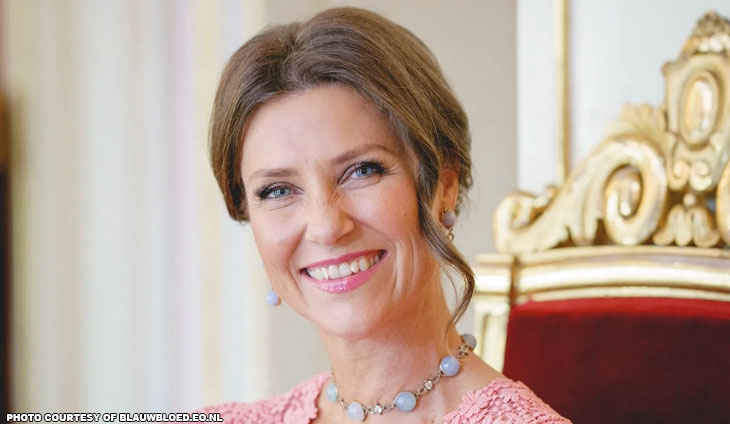 A princess who speaks to angels and a self-proclaimed shaman who sells pricey healing medallions: the unusual couple are madly in love but struggling to win hearts in Norway.

Martha Louise, the divorced 51-year-old daughter of Norway’s king and queen, has rebuilt her life with Durek Verrett, a popular Hollywood spiritual guru.

The princess and Shaman Durek, as he is known to his star followers such as Gwyneth Paltrow and Antonio Banderas, announced their engagement in June, with King Harald’s blessing.

But the romance has not gone down well in Norway because the African-American “sixth generation shaman” suggested cancer is a choice in his book “Spirit Hacking”.

He has also recommended exercises to remove “imprints” from women’s vaginas left by previous sexual partners.

And on his website, he sells a medallion — for $222 — dubbed a “Spirit Optimizer” which he claims helped him overcome Covid.

All of which has raised eyebrows in no-nonsense Norway.

“He’s an imposter, a charlatan and a quack,” according to columnist and humourist Dagfinn Nordbo.

– Racism? –
A poll last month found 17 percent of Norwegians now have a lower opinion of the royal family, nearly all citing the princess and the shaman as the reason.

The criticism comes amid debate over the role of monarchy in many European countries, with several royal houses announcing moves to slim down and modernise.

Denmark and Sweden have cut back their households, and Britain is reportedly considering the same under King Charles.

Norway’s monarchy has long enjoyed broad support, due largely to its down-to-earth ways, with 85-year-old King Harald — who married a commoner — known for adopting the country’s progressive values.

While Verrett has said he understands his beliefs may be unsettling for some, he claims he is a victim of racism — echoing fellow African-American Meghan Markle complaints since she joined Britain’s royal family.

“White people write all this hate and death threats to us and all this stuff for being together because… they don’t want to see a black man in the royal family,” he said in a video posted to Instagram on June 9.

Martha Louise said she was “really shocked” to see how he and “black people and people of colour get treated.”

Oslo’s former mayor, Fabian Stang, is one of the few to have spoken out in support of the couple.

“Selling medallions to bring good health is going too far… but it’s strange that so many of those who hate Durek had nothing against the Snasa man,” he wrote on Facebook in a reference to a famous Norwegian faith healer who died last year.

“In 2022, should we not be able to welcome Durek with open arms and invite him to a serious debate on the line between science and hoax?”

Still, more than half of Norwegians want Martha Louise to renounce her title of princess, recent polls show.

Several groups of healthcare professionals have also dropped the princess as a patron because of her fiance’s penchant for alternative medicine.

– ‘Culture clash’ –
This is not the first time Martha Louise, fourth in the line of succession behind her younger brother Crown Prince Haakon and his two children, has courted controversy.

A fan of alternative therapies, she claims to be able to speak with angels, a gift she has shared — and profited from — in books and courses.

She lost her honorific “Her Royal Highness” in 2002 when she withdrew from royal duties to be a clairvoyant, and in 2019 she agreed not to use her princess title in her commercial endeavours.

Her first husband, the flamboyant writer Ari Behn, with whom she has three daughters, also made waves.

He committed suicide in 2019, three years after their divorce.

This time the eccentricities displayed by the princess and Shaman Durek appear to be too much for normally phlegmatic Norwegians.

“The royal family is meant to be a unifying force. The problem is that Martha Louise and Durek Verrett are exactly the opposite: controversial and polarising with suspicions of charlatanism,” said historian Trond Noren Isaksen.

“Most Norwegians despise the fact that you can make money off of what they consider to be nonsense that comes with the stamp of approval from a princess.”

According to celebrity magazines, King Harald, Martha Louise and Crown Prince Haakon have held “crisis meetings” to discuss whether the princess can retain her title.

So far the king has said very little about his future son-in-law, referring only to a “culture clash”.

“Something has to be done,” Noren Isaksen insisted.

“The royal couple have to reconcile two priorities — of parents who want to see their children live happy lives… and protecting the crown so that it will continue to shine brightly for another thousand years.” (AFP) 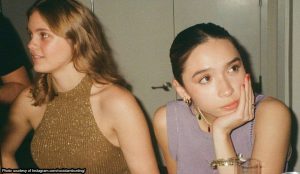 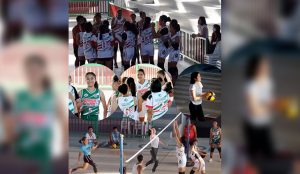 It was a working Sunday for Claudia Diaz Cojuangco. 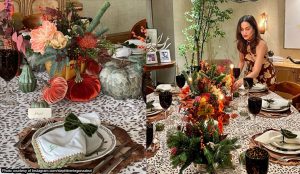 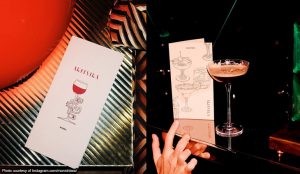