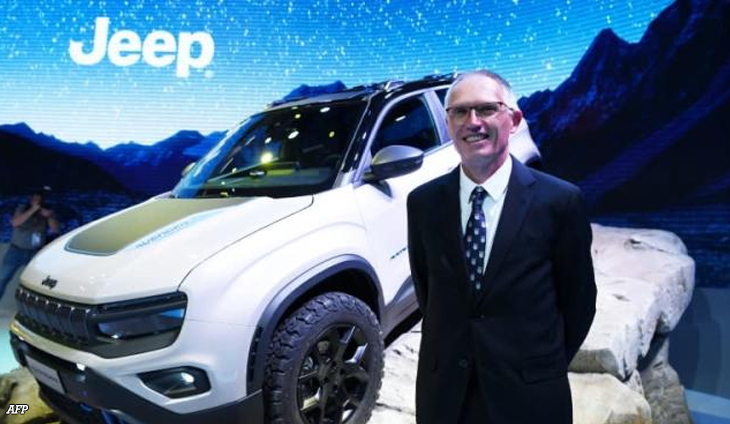 “Our strategy anticipates the possibility of geopolitical tensions,” Tavares told reporters at the Paris Motor Show.

“There have already been several times where we’ve been thrown out of a country when Western sanctions are imposed… can we be sure that the stability of relations between China and the world is guaranteed?” he added.

Stellantis has already dropped a joint venture that built Jeep SUVs in China after failing to take a controlling stake, and is in talks with local partner Dongfeng about its Peugeot and Citroen brands.

Unlike German rival Volkswagen, which sold three million cars in China last year, the historic mass-market French vehicles have never broken through there.

“If we take our strategy all the way, we don’t need any factories in China. In a world of growing tensions, we don’t need to create vulnerabilities,” he added.

Japanese and German producers have largely stayed away from the Paris Motor Show.

But Asian manufacturers like China’s Ora and BYD or Vietnam’s VinFast have turned out in force, hoping to bring lower-cost electric vehicles to European markets.

Stellantis aims for revenues of 20 billion euros ($19.6 billion) in China by 2030 with its 14 brands, but Tavares complained of unequal treatment from Beijing.

“The red carpet is rolled out for Chinese manufacturers in Europe, and that’s not how we’re welcomed in China,” he said.

“Import taxes on vehicles coming from China should be symmetrical with those applied to Western vehicles in China.”

The Stellantis boss added that “we are in a world that’s fragmenting, states are trying to create bubbles.

“If we think these bubbles will close at some point, we’ll have to sell in Europe vehicles that are made in Europe. We will adapt,” he added. — Agence France-Presse