Is heiress Annette next in line? Gozon can’t let go of GMA just yet, says he’s looking for someone just like him 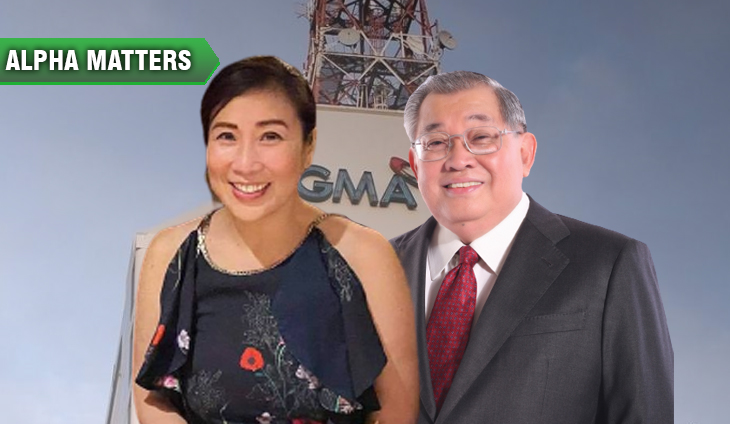 Bilyonaryo Felipe L. Gozon knows that his reign as GMA Network’s top dog is nearing its end but that doesn’t mean he is willing to yield the CEO seat just yet.

“I have been thinking about that (retirement), it is on my mind and I have plans but I cannot divulge at this point as you can appreciate,” said the 83-year old Yale-trained abogado in an interview with Bilyonaryo.com‘s “Alpha Matters.”

Gozon, who has yet to set foot in GMA’s boardroom in Quezon City since the pandemic broke out in March 2020, said: “”(I am looking for) somebody who can take over and who I have trust and confidence in…Practically, I’m looking for myself, there is nobody else.

His Harvard Law School-educated daughter, Annette Gozon, is among the names tossed around as the next GMA CEO especially since her promotion last month as senior vice president for talent management, program management, human relations, legal and management of its subsidiaries.

But Gozon, himself, is quick to shoot down talks of his daughter, who has been his consultant for over two decades, as his successor.

“Annette is SVP but she is not in the running. Napakapangit naman … there are other people in the company and then I will choose my own daughter?” said Gozon.

But Gozon reiterated he has yet to make up his mind, including whether he would consider getting an outsider: “I cannot say that right now.”

Gozon has been chairman of GMA since his clients, Robert La Rue “Uncle Bob” Stewart and his wife Loreto Feliciano, chose him to take over the network in 1974.

“It was sold to us (including fellow lawyer Gilbert Duavit Jr. and accountant Menardo Jimenez). We did not buy it. In fact, in my own case, pinilit pa ako to buy. I did not have the money then. They just did not want other people to buy from them,” said Gozon.

“When we took over, we had to borrow P8 million. At that point P8 million was a very big amount … we had to pay off the suppliers otherwise we cannot get new properties (programs),” he added.

But it was not until he became CEO in 2001 (when his partner, Jimenez, stepped down as GMA boss after 27 years) that Gozon immersed himself into daily operations of a major TV station.

“I was a practicing lawyer then I had to assume position in GMA. That’s when I became a broadcaster. I had to study everything. It was as if I was studying for the Bar and it was harder because there was less time. I had to hit the ground running I had no time to study. But I survived and it succeeded,” said Gozon.

He said one of the keys to GMA’s success especially in the technological disruptions during his watch is getting the right people.

“You can’t know everything. We have to hire new people. All of us are aware we have to adapt to new technology. If you don’t, you will be left behind like Kodak which is to camera the way Colgate is to toothpaste. Look at Kodak now, they did not adapt to developments. We are fully aware of that,” said Gozon.

GMA is now the dominant media company in the country but Gozon points out his firm has been the leader even before ABS-CBN Broadcasting lost its franchise in 2020.

“We are very thankful for what has been happening to us. We are more blessed than other people, no complaints. Mahirap magsabi baka isipin nagyayabang, pero talagang ganoon ang nangyari, what can you do?” Gozon said.

“Most people attribute it to luck. Pero I attribute it to the Lord. You have to work for everything you want. Don’t rely on luck or free lunch. Meron din, pero if you rely on that malamang wala,” he added.

(“Alpha Matters” is an in-depth conversation with the country’s bilyonaryos and the top C-Suite executives. Bilyonaryo.com is releasing the interview in doses rather than a big slab on our website and social media). 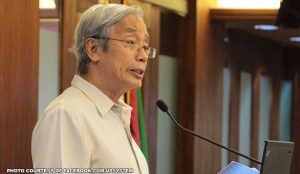 In an interview with Bloomberg TV, Medalla said the Philippines should take caution from Malaysia’s experience in creating its own sovereign wealth fund. Former Malaysian Prime Minister Najib Razak has been sentenced to 12 years in prison over the misuse of Malaysia’s 1MDB. 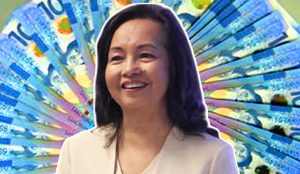 Arroyo, who backed President Ferdinand Marcos Jr.’s 2022 campaign, said “the success of any fund, sovereign or private, lies in the quality of its management.”