Credit Suisse rescue hinges on overhaul of its investment arm 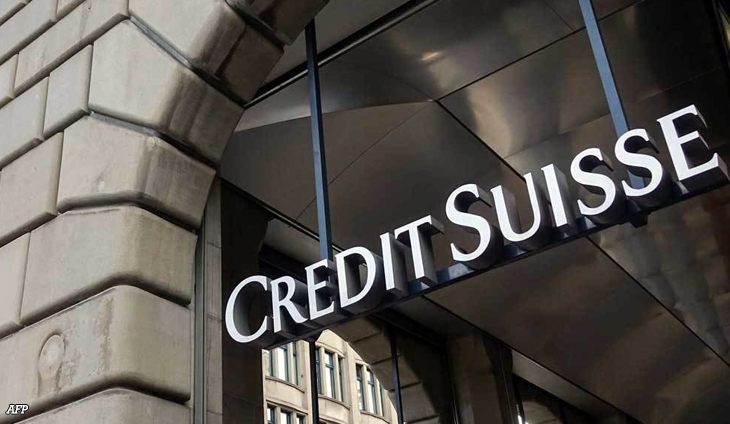 Buzzing like a lawn mower, a white arrow darts across the blue sky and drops obliquely toward its target in Ukraine’s capital as policemen crouching next to their patrol car open fire.

When the kamikaze drone explodes along a street devoid of traffic, a thick plume of brown smoke rises high into the air, watched by a handful of bystanders moving skittishly on pavements or hugging buildings.

The unmanned aerial vehicle strikes that officials said killed at least four people in Kyiv early on Monday trigger cries of alarm and send many residents rushing to shelters.

“We have been here for half an hour and four drones have fallen,” says officer Yaraslov, still nervous after firing his kalashnikov.

“It’s a bit frightening but it’s our job. What can we do? It’s normal because it’s our work. We have to do it,” he adds.

It is 08:13 am (0513 GMT) in the centre of the Ukrainian capital. This is the second strike on the residential Shevchenkivsky district and at least the fourth attack since 06:30 am.

The drone strikes are the second Russian attack on Kyiv since missiles slammed into the city exactly one week ago as people were preparing for their new working week.

Yaroslav and his fellow officer block traffic at the intersection. Their patrol car is about 100 metres (yards) from where the first drone hit.

AFP journalists have been unable to identify the targets.

The mayor’s office said a residential building was partially destroyed and at least four people died.

– Heads turn skyward –
A few residents try to get a glimpse of the first target as brown smoke still trails upward.

Suddenly there are shouts and panic grips residents. Heads turn skyward, while a number of people run for shelter.

At first far off, the sound of a drone becomes clearer as the unmanned aircraft flies over the neighbourhood.

Quite visible, even if it is dozens of metres above, the white dart-like craft flies over buildings.

Like other policemen and soldiers in the district, Yaroslav grabs his kalashnikov, kneels on the tarmac and starts firing at the object.

The crackling of automatic weapons resounds with both long and short bursts throughout the area.

There is no sign the officers have hit the drone, which flies obliquely to its target 200 metres away. The explosion echoes in the streets.

Less than 10 minutes later, close to 8:20 am, the scene repeats itself in the same place — the third strike in a row.

The target is just a short distance from the building hit earlier.

About 200 metres from the explosions, a group of elderly people — two women and a man — continue sheltering by the low wall of a building, next to a policeman.

They want to find a safer place.

– ‘We won’t be intimidated’ –
“Let’s go to the metro station. There’s a bomb shelter,” one of the women tells the others.

“When the guns begin to crackle, it means they (the drones) are flying somewhere. Can we leave now? We want to go to the park,” the woman asks the officer, who gives them the all-clear.

Sasha, a 22-year-old who lives in an apartment near where the drones struck, says anxiously that he was woken up by the first explosion at about 6:30 am.

“I’m afraid,” he says laconically, standing near the entrance of a building serving as a shelter.

Lessya, a woman of about 60 who lives in a building at the blocked-off crossroads, puts her faith in Ukraine’s security forces.

“They don’t frighten us. We are used to it and still believe we will win, whatever happens. Yes, it’s scary … but they will never intimidate us.