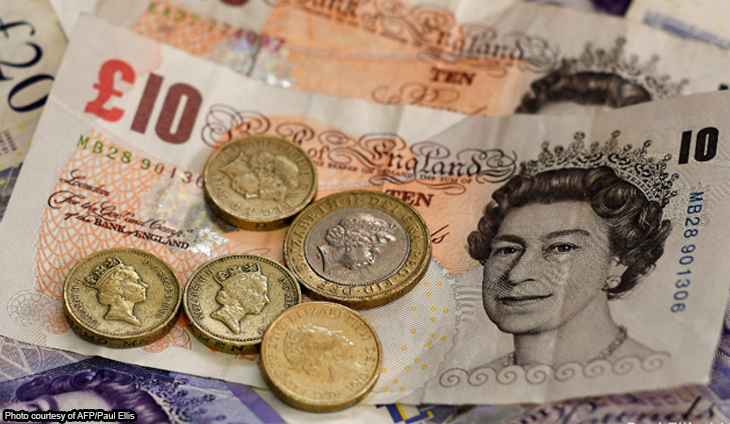 The pound jumped more than one percent against the dollar Monday as Britain’s fourth finance minister in as many months sensationally ripped up a tax-cutting budget that had spooked markets.

Chancellor of the Exchequer Jeremy Hunt tore up the fiscal policy unveiled by the new government of Prime Minister Liz Truss last month.

She is battling to stay in power after dramatically sacking Hunt’s predecessor Kwasi Kwarteng on Friday.

Truss and Kwarteng had announced tax cuts, funded by debt — causing the pound to hit a record low against the dollar and UK government bond yields to soar.

However, the pound rallied and yields on UK government bonds, or gilts, slid on Monday’s fiscal policy U-turns.

“The markets are responding positively to the new chancellor’s plans to reverse almost all of the tax cuts announced by his predecessor,” noted Victoria Scholar, head of investment at Interactive Investor.

“Jeremy Hunt’s focus on reassuring the markets and reinstating confidence appears to have worked so far with gilt yields trading lower and sterling pushing higher.”

The Bank of England on Friday ended its emergency purchasing on UK government bonds triggered by unravelling markets in the wake of Kwarteng’s September budget aimed at boosting Britain’s recession-threatened economy.

“The three pillars of support for the rebound effort — lower interest rates, a weaker dollar, and strength in the mega-cap stocks — need to remain intact,” said market analyst Patrick O’Hare at Briefing.com.

“They are currently, so the stock market has something to build on.”

The markets have been grappling with the latest strong US inflation reading, which ramped up bets that the Federal Reserve will hike borrowing costs by 75 basis points twice more before the end of the year.

That, in turn, has stoked concerns the world’s top economy will flip into a recession.

Traders are keeping tabs on looming earnings reports, with expectations that higher rates and prices will have eaten into companies’ bottom lines.

There was a little disappointment among investors after Chinese President Xi Jinping at the weekend reasserted his commitment to the zero-Covid strategy of lockdowns that has hammered the economy this year.

Beijing has also delayed the release of anticipated economic growth figures — which analysts had expected to be some of its weakest quarterly growth figures since 2020, as the economy is hobbled by Covid-19 restrictions and a real estate crisis.

Eyes are also on Tokyo as the yen sits around a three-decade low against the dollar owing to US rate hike expectations and the Bank of Japan’s refusal to tighten monetary policy, citing a need to support the economy.

The yen is approaching 150 to the dollar for the first time since 1990, but while officials have said they are keeping tabs on developments, they have yet to intervene in markets for a second time, having done so last month.