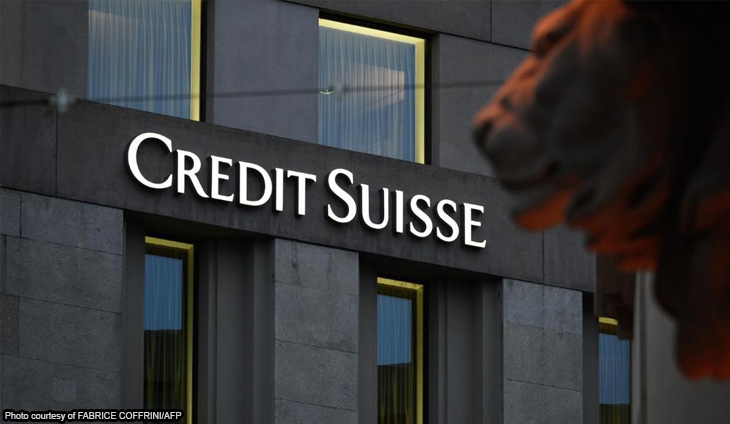 Oil prices jumped Monday on expectations of an OPEC output cut, while European stocks wobbled on fears over the health of Swiss bank Credit Suisse.

Investors are already on edge over worries that rising interest rates, aimed at fighting sky-high inflation, could spark recessions.

The British pound bounced above $1.12 after the UK government scrapped plans to axe its top income tax rate, after a debt-fuelled budget had sent sterling spiralling to a record dollar low one week ago.

– Oil spikes before OPEC –
Oil prices leapt by more than five percent as reports said OPEC and its allies are considering a major output cut to stem a price plunge caused by demand worries.

That stoked stubborn concerns about soaring inflation, which has been fuelled this year by sky-high energy prices after key producer Russia’s invasion of Ukraine.

“Any cut will no doubt frustrate consuming countries that are on the verge of recession after spending a year dealing with soaring energy costs on the back of the post-pandemic recovery and war in Ukraine,” said OANDA analyst Craig Erlam.

The 13 members of the Organization of the Petroleum Exporting Countries (OPEC), led by Riyadh, and their 10 partners led by Moscow will physically meet on Wednesday for the first time since March 2020.

– ‘Dicey’ sentiment –
Shares in Credit Suisse plunged to a new low in Zurich on Monday as the scandal-plagued lender sought to ease concerns about its financial health.

The Financial Times reported that senior executives sought over the weekend to reassure big clients and investors about the bank’s liquidity and capital position due to concerns raised about its financial strength.

“A globally systemic bank requiring to raise capital would be a major event and could certainly undermine confidence in the banking system.”

AvaTrade analyst Naseem Aslam said that: “The sad reality is that if there is something wrong with Credit Suisse, then we have a major issue as this is a gigantic institute, and the domino effect will be unbearable.”

– Sterling gains on U-turn –
The pound rallied briefly after UK finance minister Kwasi Kwarteng made a major U-turn by scrapping a controversial plan to axe the top income tax rate.

The cut was part of a controversial mini-budget unveiled by Kwarteng 10 days ago, which had sent sterling spinning to a record low of $1.0350.

UK gilts, or government bonds, remain supported by an emergency Bank of England intervention after yields had rocketed following the mini budget announcement.

Asian equities mainly fell Monday, with Hong Kong tumbling to its lowest point in more than a decade as fears for China’s economy deepens this year’s investor rout.

But crucially it crossed below the 17,000 level in the afternoon, touching a nadir not seen since October 2011 and the aftermath of the global financial crash and during the eurozone debt crisis.

Shanghai – Composite: Closed for a holiday