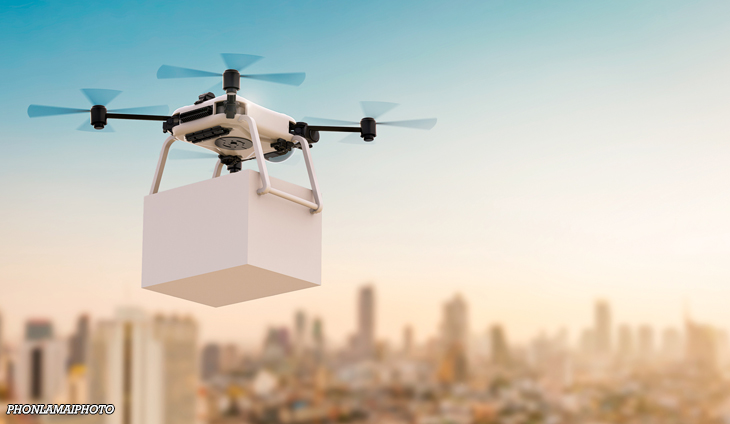 By Francois Picard with Joshua Melvin in Washington

The little aircraft appeared out of the blue sky above a Texas home, deposited its payload of a mid-morning snack in the yard and zoomed off, as deliveries by drone start becoming a reality in America.

Flying shipments of pizzas and birthday gifts have still not become the norm that tech leaders predicted, but the service is available in parts of the United States and government regulation is catching up.

Skeptics question whether drone drop-offs can ever work on a large scale, but backers argue they are safer and better for the planet than hulking, greenhouse-gas-spewing delivery trucks –- and faster.

The parcel lowered to the ground from an electric drone hovering above Tiffany Bokhari’s Frisco, Texas, house was in her hands minutes after she placed an order on a smartphone app.

“On the soda, you can even see the condensation on it because it’s still cold,” she told AFP after the drone from Alphabet-owned Wing had flown off.

Service was new in the area and remained small-scale, but Wing offered the comparison of the up to 1,000 deliveries per day it’s doing in just one part of the Brisbane metro area in Australia.

A handful of firms already have operations running or will by year’s end in parts of Texas, North Carolina or California, with providers including Israeli startup Flytrex, Wing and e-commerce behemoth Amazon.

In fact, it was Amazon founder Jeff Bezos who in 2013 unveiled a delivery drone in a CBS interview, predicting that within five years airborne shipments would be routinely zipping from fulfillment centers to customers’ doorsteps.

Things haven’t quite gone that way for the company that has otherwise seeped ubiquitously into aspects of modern life, from streaming and food shopping to health care.

When an Amazon delivery drone crashed during a test last year and started a brush fire, it was another setback for the company’s stumbling drone ambitions.

The work has advanced more steadily for others, and in April, Wing announced what it calls “the first commercial drone delivery service” in a major US metro area: Texas’s Dallas-Fort Worth.

Wing, which also offers deliveries to some areas in Australia and Finland, has a weight limit of 2.5-3 pounds (just over one kilo).

“An entire roasted chicken… that’s actually a good visual for the size of what fits,” said Jonathan Bass, who heads marketing and communications for Wing.

Take-out food, prescriptions and household items like toothbrushes are the type of small and light products that have worked for airborne drop-offs, though drones have for years delivered essential items like medical goods in parts of Africa.

Drone drop-offs of perishable substances like blood make sense in places where infrastructure is lacking and air transport is the best option, yet some experts are skeptical of whether it works everywhere.

For example, a drone can carry one delivery from a warehouse or store to generally one place, which means a steep drop in efficiency in comparison with an old-fashioned parcel delivery driver.

“It would take a small army of drones to service the 150-200 packages that just one truck normally takes on a route,” wrote Bloomberg Opinion columnist Thomas Black, who still saw potential for “premium” emergency deliveries.

But Flytrex CEO Yariv Bash asserted that electric drones, in addition to being more efficient than take-out food deliveries done by a fossil fuel-powered car, were safer.

“Drones don’t get tired. They don’t try to text while driving. They don’t drink and drive,” he told AFP. “You just get much better service.”

The question of safety has been at the heart of long processes of getting government approvals to work in the United States.

Bass, from Wing, noted that although they use a 10-pound foam drone, the company had to get the same certification that firms like DHL or UPS need for their delivery aircraft.

But he noted the Federal Aviation Administration transport regulator has launched a committee that’s made recommendations for regulating drones in the United States, adding: “I think that would really unlock faster growth” in the country.

Growth in the United States wouldn’t be a surprise, as McKinsey & Company figures show the global number of commercial deliveries spiking from around 6,000 in 2018 to nearly half a million last year.

“But the path ahead is not yet clear,” the firm’s March report said. “Regulations, customer acceptance, and cost will all determine whether the industry reaches its potential.” — Agence France-Presse 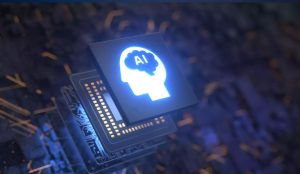 A new generation of AI chatbots has unleashed a titanic battle between Microsoft and Google for the eyeballs of billions of web users, and the dollars they bring. 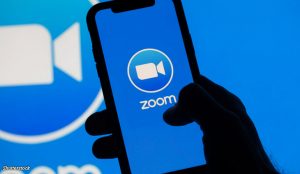 The company behind the Zoom video conferencing platform — which became a household name during the pandemic — announced Tuesday it is laying off about 15 percent of its staff. 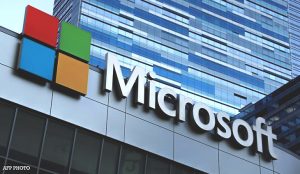 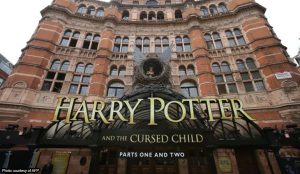 The “Harry Potter” universe welcomes its latest edition on Friday, the “Hogwarts Legacy” video game, which provides a big test of the resilience of a franchise hit by criticism from some LGBTQ activists over the views of author JK Rowling. 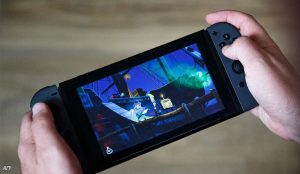 Nintendo cut its full-year profit forecasts on Tuesday, saying the global chip shortage had dampened Switch sales, with analysts warning of waning momentum for the hit console nearly six years after its release.

US tech giant Dell to cut 5% of its global workforce