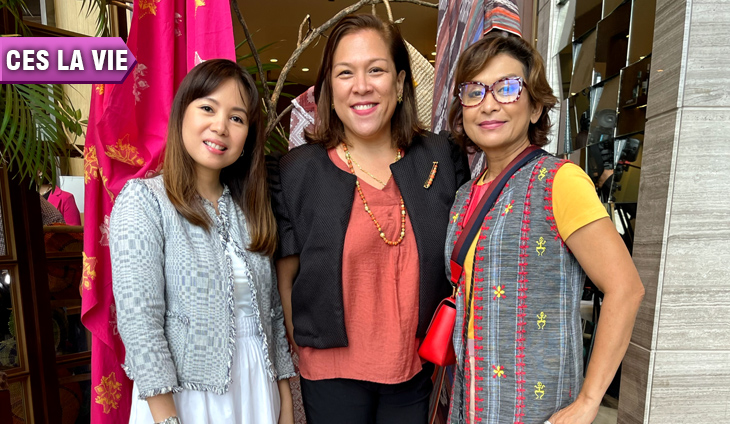 Maribel Ongpin is making a bold plea to Filipinos as she pushes for the return of abaca-made Philippine banknotes.

At the press launch for the on-site return of the Likhang Habi Market Fair, the chairperson of HABI: The Philippine Textile Council, said: “As a matter of patriotism and standing up for our indigenous fabrics and fibers, do not accept that polymer currency. Return it to the bank and tell them to give you something else.”

Ongpin has strong sentiments about the BSP’s shift to polymer banknotes, which started with the April 2022 rollout of the new 1,000-peso bill featuring the Philippine eagle and sampaguita on the obverse side. The central bank said the polymer 500-peso bill will be in circulation by 2023.

“Abaca is a premier fiber, it is the strongest fiber in the world and is the most resilient. It does not deteriorate in water. It is inflammable. It’s a very precious natural resource of this country,” she said.

“I would like here to campaign against the new polymer currency that the Central Bank is foisting on us because they removed abaca,” Ongpin added.

The BSP justified the shift to polymer banknotes by saying that they’re cost-effective, more durable and more hygienic than bills made with abaca fiber.

Ongpin, however, challenged these claims. “Not only did they remove abaca, they put in an artificial material that is not worth what they say it is. They say it is antibacterial [but] it is not! They say it cannot be counterfeited. That’s not true,” she said.

After two years online, local artisans and weavers will have the chance to showcase their creativity at the Likhang Habi Market Fair to be held at the Glorietta Activity Center from October 14 to 16.

Over 60 talented weavers and businesses will be participating in the fair, which is considered as one of the major projects of the Philippine Textile Council.

Among the fair’s highlights are two contests that will showcase Filipino artistry: the Eloisa Hizon Gomez Abaca Competition and the 5th Lourdes Montinola Piña Weaving Competition.

Now in its 12th year, the Likhang Habi Market Fair helps the Philippine Textile Council support its projects to preserve the art of weaving, educate consumers, and promote Filipino artists and their products.