Consequences of the euro’s plunge under dollar parity 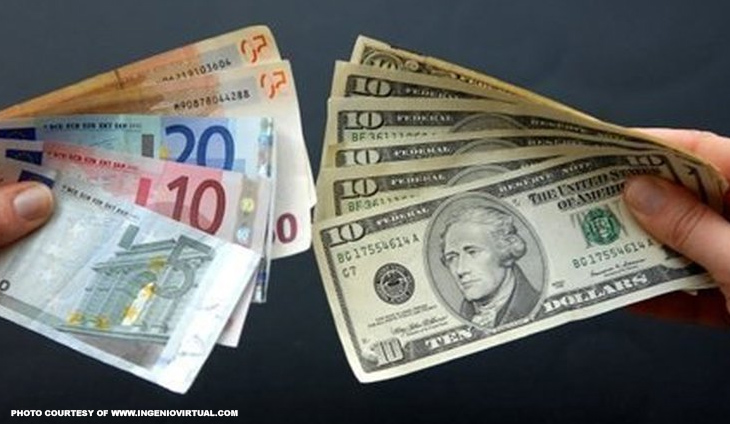 The euro has hit a fresh two-decade low against the dollar, sinking to $0.9901 on Tuesday.

Why has the value of the single European currency fallen and what are the consequences?

– Strong dollar –
As much as the euro is weakening, the dollar is strengthening.

That is due to the monetary policy of the US Federal Reserve, which is raising interest rates much more aggressively.

Meanwhile, the European Central Bank has only just started raising interest rates, and not as aggressively as the Fed.

“The ECB is walking on egg shells,” said Eric Dor, head of economic research at the IESEG School of Management in Paris.

“It can’t let rip on raising interest rates because it is worried about creating a sovereign debt crisis for the most heavily indebted eurozone nations,” he added.

Investors are also worried about eurozone nations falling into recession due to high energy prices caused by Russia’s invasion of Ukraine and Western sanctions.

That makes eurozone assets less attractive to investors, and hence demand for the euro as well.

– Costlier imports –
Nearly half of all goods imported into the eurozone are invoiced in dollars, compared to less than 40 percent in euros, according to the European statistics authority, Eurostat.

Oil and gas, for example, are traditionally paid for in dollars, and the price of these two commodities has soared in recent months as a result of Russia’s war against Ukraine.

That means more euros are needed to pay for an equivalent amount of goods in dollars.

Europeans travelling to United States will feel the weakness of the euro, but US tourists visiting the eurozone will feel relatively rich.

– Businesses impact –
The effect of the decline in the value of the euro varies, depending on how reliant a business is on foreign trade and energy.

“Companies that export outside the euro area benefit from the euro’s fall because their prices become more competitive” when converted into dollars, said Philippe Mutricy, research director at the public-sector bank Bpifrance.

“By contrast, import-orientated businesses are at a disadvantage.”

In the case of local craftsmen, who are dependent on raw materials and energy, but export little, the weaker euro can lead to a veritable explosion in costs.

The biggest winner from the euro’s falling exchange rate are export-orientated sectors such as the aerospace, automobile and luxury goods industries.

– On growth and debt –
Since a weak euro can make eurozone goods and services more competitive abroad, it can soften the blow that rising costs of raw materials have on growth.

The effect on debt repayment is less clear cut.

The higher the pace of economic growth, the faster a country can repay its debt, if financial markets consider European debt to be safe enough and interest rates stay low, said Isabelle Mejean of Sciences Po university Paris.

For countries or companies that issue dollar-denominated debt, the euro’s decline pushes up the cost of debt repayment. (AFP)