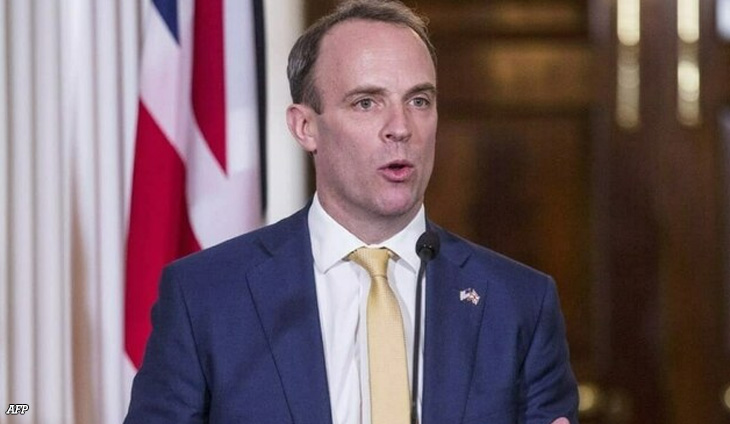 The UK government on Wednesday promised to give the country’s judges new powers to stop mega-rich elites such as Russian oligarchs from “abusing” the legal system to silence critics.

Journalists, authors and campaigners have long been threatened with open-ended legal action for defamation and breach of privacy — as well as the eye-watering costs that go with them.

But Justice Secretary Dominic Raab said judges would now be able to throw out baseless so-called “Strategic Lawsuits Against Public Participation” (SLAPPs) more quickly and impose a cap on costs.

He vowed to legislate “at the earliest opportunity” to end what he said were “bullying” tactics to prevent the uncovering of wrong-doing.

“We won’t let those bankrolling (Russian President Vladimir) Putin exploit the UK’s legal jurisdiction to muzzle their critics,” Raab said in a statement.

“So today, I’m announcing reforms to uphold freedom of speech, end the abuse of our justice system, and defend those who bravely shine a light on corruption.”

In March, a High Court judge in London threw out a libel action by a Kazakh mining group against Financial Times journalist Tom Burgis and publisher HarperCollins over his book about “dirty money” in the Western financial system.

In December last year, the sanctioned former Chelsea football club owner Roman Abramovich settled another libel claim with the journalist and author Catherine Belton and HarperCollins over her book about his alleged links to Putin.

Raab said SLAPPs have had a “chilling” effect, as aggressive legal letters forced many journalists and authors to retract stories or self-censor reporting about certain people or topics.

In Britain, the burden of proof for defamation is on journalists.

Under the reforms, courts will apply a three-part test to determine if a case should be thrown out or allowed to progress, including examining if it is in the public interest.

Plaintiffs’ record of sending legal threats on trivial matters will be assessed, and judges will look at whether cases have enough merit to be heard.

Those defending claims will be able to apply to the court for early dismissal.

Michelle Stanistreet, general-secretary of Britain’s National Union of Journalists, said the moves were a “significant step”.

“Abuse of the law by the sly and mighty, who deeply resent the legitimate work of the media in calling them to account, is a scourge which must be eradicated,” she added.

“A free media is vital to the functioning of a democracy. That freedom is severely curtailed when those with deep pockets are allowed to use the law to threaten the very future of media organisations.”

The European Commission presented its plan against SLAPPs in April, including placing more of the burden on plaintiffs to prove their case is not frivolous or abusive, or risk seeing them dismissed.

It also proposed compensation for victims for abusive suits and sanctions against those who launched them. — Agence France-Presse