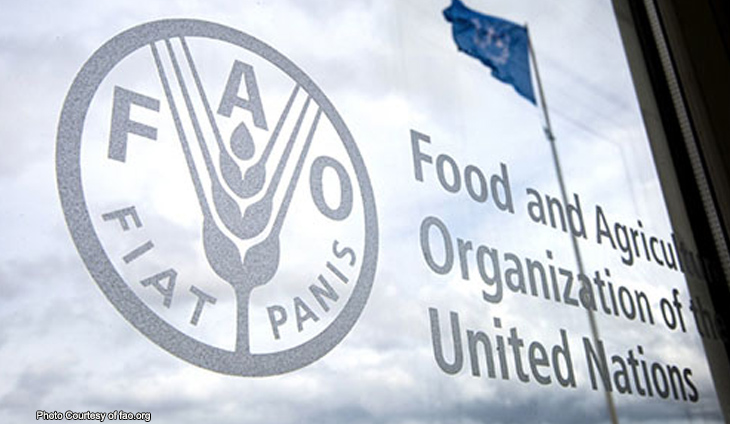 World food prices, including for wheat, fell in June for a third month running despite remaining near an all-time high, the UN Food and Agriculture Organization (FAO) said on Friday.

Export flow disruptions resulting from Russia’s invasion of Ukraine on February 24 and international sanctions on Moscow have sparked fears of a global hunger crisis.

Russia and Ukraine, whose vast grain-growing regions are among the world’s main breadbaskets, account for a huge share of the globe’s exports in several major commodities, including wheat, vegetable oil and corn.

After a record spike in March due to the war, the FAO food price index — a measure of the monthly change in international prices of a basket of food commodities — fell 2.3 percent in June.

“Although the FAO Food Price Index dropped in June for the third consecutive month, it remained close to the all-time high of March this year,” said Maximo Torero Cullen, chief economist at the United Nations agency.

Most prices fell in June, including those for grains, vegetable oils and sugar.

Grains fell 4.1 percent overall. The price of wheat shrank 5.7 percent, the first time it had dropped since March.

“The decline in June was driven by seasonal availability from new harvests in the northern hemisphere, improved crop conditions in some major producing countries and higher production prospects in the Russian Federation,” the UN agency explained.

Russia’s wheat yield, which together with Ukraine’s represents a quarter of global wheat supplies, was expected to be exceptionally good this year, the FAO said.

The vegetable oil index dropped 7.6 percent in June, with the price of sunflower oil, soyabean oil and palm oil all down.

For palm oil, the decline was due to a seasonal rise in production and greater availability from Indonesia.

Despite the general fall, “the factors that drove global prices high in the first place are still at play”, Torero Cullen said.

In particular, these were “a strong global demand, adverse weather in some major countries, high production and transportation costs, and supply chain disruptions due to Covid-19, compounded by the uncertainties stemming from the ongoing war in Ukraine”.

In comparison, the FAO said meat prices had jumped 1.7 percent in June, reaching a new record.

The cost of all types of meat, especially chicken, had gone up due to shortages linked to the war in Ukraine and outbreaks of bird flu, the FAO said.