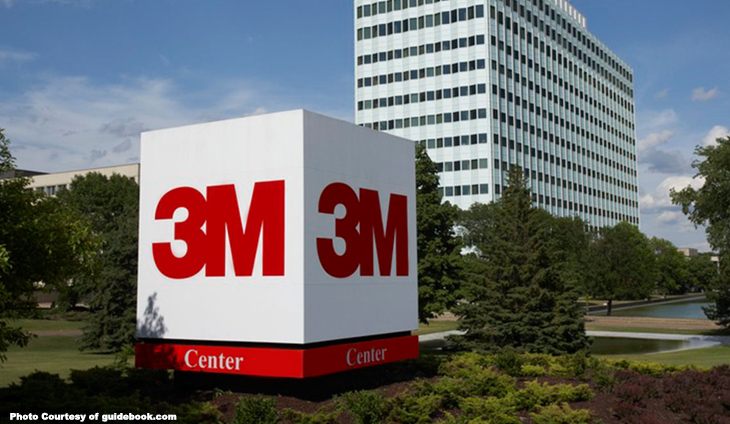 US multinational 3M on Wednesday agreed to pay out 571 million euros ($582 million) to resolve a row over years of toxic discharges around its Zwijndrecht plant near the Belgian port city of Antwerp.

3M and the Dutch-speaking region of Flanders announced the out-of-court settlement in a joint statement, saying it resolved “ongoing disagreements” related to the production of widely-used per- and polyfluoroalkyl substances (PFAS) at the plant.

PFAS are known as “forever” chemicals that barely degrade in the environment, or in bodies. 3M had long denied it was responsible for the high levels detected near its plant.

“It is no secret that Flanders was counting on… a clear signal towards the Flemish People and as a sign of respect,” said the environment minister for the Flemish region of Belgium, Zuhal Demir.

“As a result of this agreement, we will be able to get things done in the best interest of the people of Zwijndrecht, our local farmers and our prosperity and wellbeing in general,” she added.

In the deal, 3M will invest the 571 million euros for the benefit of the local community and Flanders.

John Banovetz, 3M’s Executive Vice President for Environmental Responsibility and Chief Technology Officer, hailed “a major step forward” for the firm “and the people of Flanders”.

“It also reflects 3M Belgium’s ongoing stewardship journey as a responsible manufacturer and our willingness to engage with communities where we live and work to chart a positive course for the future,” he added.

PFAS is family of synthetic chemicals that withstand intense heat and can repel water and grease.

But when they seep into groundwater, surface water and soil, PFAS can pose a toxic health risk and they persist for a very long time.

Some PFAS can harm foetal development, cause cancer and are suspected of disturbing the human endocrine system which handles the body’s hormones.

The Flemish health authorities in October released a study showing that 59 percent of adults and adolescents living within three kilometres (two miles) of the 3M plant had concentrated levels of perfluorooctane sulfonic acid (PFOS), one type of PFAS, in their blood.

The EU has restricted PFOS for more than a decade, and since 2009 it has been included in the international Stockholm Convention for its use to be eliminated entirely.

The 3M plant in Belgium was already in authorities’ sights from an earlier study that showed high levels of pollution in the soil nearby, taken during work to extend the ring road around Antwerp. (AFP)