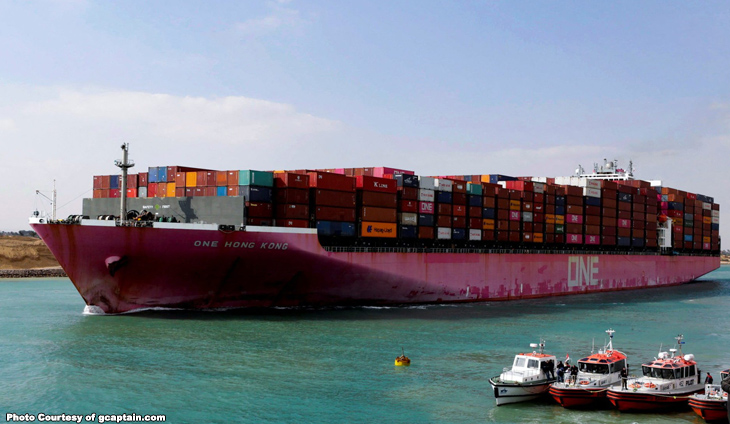 The income is over a fifth higher than the previous fiscal year’s $5.8 billion in transit fees, and the highest figure ever recorded.

“Global crises have proven the importance of the Suez Canal to ensuring the sustainability of global supply chains,” Rabie said Monday.

Connecting the Red Sea and the Mediterranean, the canal accounts for roughly 10 percent of global maritime trade.

It is also a source of much-needed foreign currency for Egypt, which is battling crippling inflation and a currency devaluation triggered by Russia’s invasion of Ukraine.

The SCA has hiked passage tolls for transiting vessels, including fuel tankers, twice this year.

In April, the waterway recorded its highest-ever monthly revenue of $629 million, despite the rise in oil prices due to Russia’s invasion of Ukraine.

As Egypt reels under mounting economic pressures from the war, foreign currency reserves fell $5.5 billion between March and May to stand at $35.5 billion.

Soaring world commodity prices helped push Egyptian inflation to a three-year high of 15.3 percent in June, according to official figures.

In late March, the Central Bank of Egypt allowed the Egyptian pound to depreciate against the dollar, causing it to lose around 18 percent of its value overnight.

Cairo has been rushing to mitigate the economic fallout, requesting a new loan from the International Monetary Fund and rallying billions of dollars’ worth of investment from Saudi Arabia and Qatar.

Last week, Egypt announced it is set to receive $500 million from the World Bank.

Earlier this year, the SCA reported the canal’s highest annual revenue for a calendar year, netting $6.3 billion dollars in 2021, despite the coronavirus pandemic and a six-day blockage by giant cargo ship the Ever Given. (AFP)