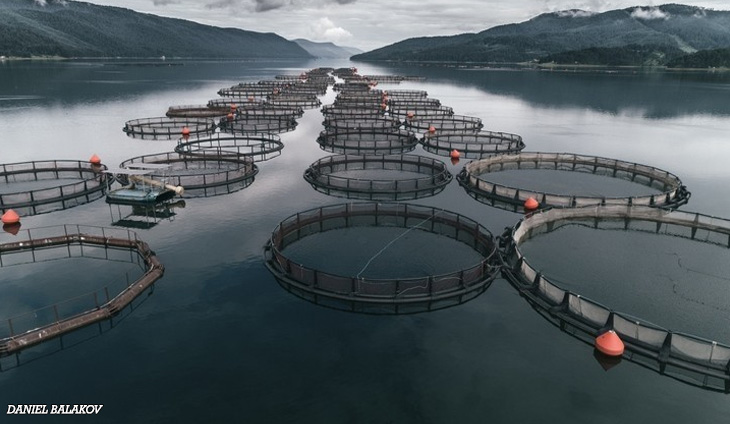 The amount of fish, shellfish and algae caught in the wild and farmed in aquaculture hit a record 214 million tonnes in 2020, the Food and Agriculture Organization said Wednesday.

Driven by a sustained surge in aquaculture, the new record is good news for a world facing price hikes and food shortages due to the war in Ukraine, disrupted supply chains, and inflation.

“The growth of fisheries and aquaculture is vital in our efforts to end global hunger and malnutrition,” said FAO director Qu Dongyu.

But overfished oceans, climate change and pollution — if left unaddressed — could threaten that potential, the UN agency warned in its 2022 state of the world fisheries report.

“Aquaculture growth has often occurred at the expense of the environment,” it said.

Production of aquatic animals in 2020 — totalling 178 million tonnes — was evenly divided between fisheries and aquaculture.

Yields of fish, shrimp and other shellfish destined for human consumption is more than 60 percent higher than during the 1990s, far outpacing population growth, according to the report, released during the UN Ocean Conference in Lisbon.

On average, people worldwide consume over 20 kilos (44 pounds) of aquatic foods per year today, more than double the amount 50 years ago.

Globally, 17 percent of the protein consumed by humans comes from aquatic sources. In many Asian and African countries, that figure rises to more than 50 percent, according to the report.

Wild and farmed food from the seas and inland waters are also a critical source of essential omega-3 fatty acids and micronutrients, recent research has shown.

“Aquatic foods are increasingly recognised for their key role in food security and nutrition,” Qu said.

Nearly 90 percent of aquatic animal production is for human consumption, with the rest destined for non-food uses such as fishmeal and fish oil.

Asian countries were the source of 70 percent of the world’s fisheries and aquaculture of aquatic animals in 2020.

So-called capture fisheries in the wild — which have stagnated since the mid-1990s — dropped by four percent in 2020 compared to the average of the previous three years.

Part of the drop can be attributed to disruptions caused by the Covid pandemic, but long-term decline is due to overfishing.

“But they are very conservative,” he added. “Independent studies put that figure at 50 percent.” — Agence France-Presse