No snakes on this plane: reptile smugglers arrested at Thai airport 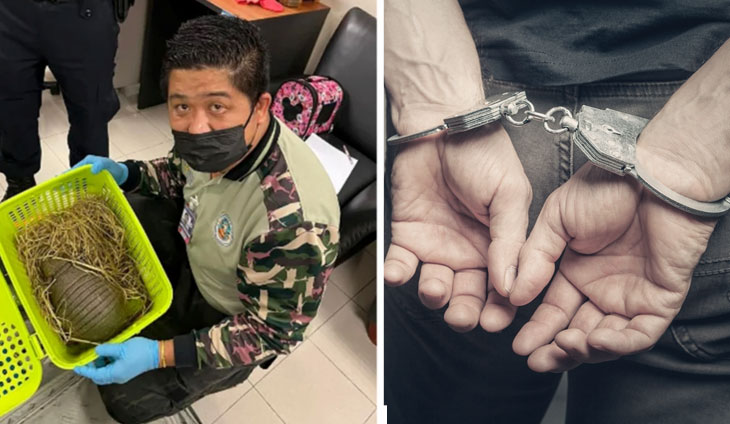 Thailand is a major transit hub for wildlife smugglers, with the animals often bound for Vietnam or China where they are used in traditional medicines.

The creatures were discovered when Nithya Raja, 38, and Zakia Sulthana, 24, passed through X-ray machines at Bangkok’s Suvarnabhumi airport on Sunday night en route to Chennai in India, officials said.

“This kind of case has happened many times because the animals have expensive price tags in India,” Sathon Konggoen, chief of the airport’s wildlife inspection office, told AFP.

“Animal trafficking is usually detected at the Thai-Myanmar borders and domestic airports to a certain extent,” he added.

Officers discovered two armadillos, two porcupines, 20 snakes, 35 turtles and 50 chameleons stuffed into a pair of bags belonging to the women.

Two dead iguanas were also found, while all of the reptiles were suffering from dehydration, according to a Facebook post from the Department of National Parks, Wildlife and Plant Conservation.

The creatures are being treated and will be moved to an animal centre or breeding facility, the department said.

The two women have been charged with violations of the Wildlife Preservation and Protection Act, the Animal Epidemics Act and the Customs Act.

They are being detained at a police station at the airport. (AFP)