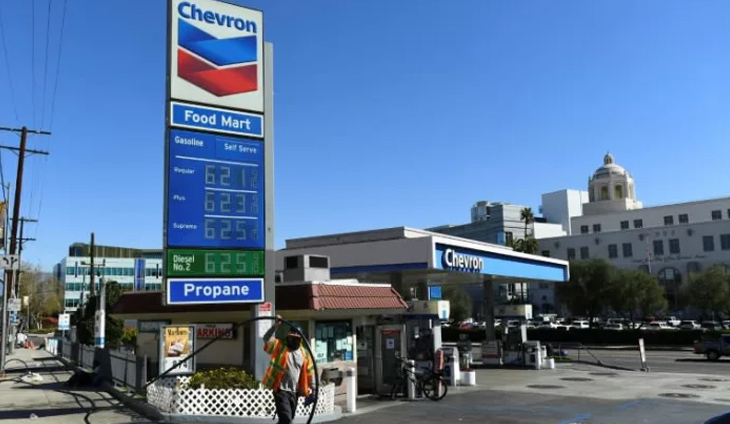 The White House wants to discontinue the 18 cents per gallon tax until September and will call on state governments to do the same to “provide direct relief to American consumers who have been hit with Putin’s price hike,” a senior administration official said.

The official noted that gas prices — now averaging near $5 per gallon (3.78 liters) — had gone up almost $2 since Russian President Vladimir Putin began building up forces on the Ukrainian border earlier this year.

“The president recognizes the significant challenge that high gas prices pose to working families,” the official said, while conceding the tax suspension alone would not offset household costs that are rising at the fastest rate in a generation.

Biden, whose popularity has plummeted alongside soaring inflation, has made tackling surging prices his top domestic priority while finding few ready tools at his disposal to directly impact them.

Facing growing public anger over the rising cost of gas, several states including New York and Connecticut have already suspended fuel taxes, while others have delayed planned tax increases.

But according to analysts, some 46 states have yet to act, including California, where gasoline is the most taxed and the most expensive, at well over $6 a gallon.

Federal tax revenues on gas and diesel help pay for the Highway Trust Fund, which maintains roads and supports public transport, but Biden will call on Congress to ensure the estimated $10 billion gap in funding is made up from other sources.

– A dollar less per gallon –
Biden will also urge retailers at gas stations to apply any tax cuts immediately, as well as push refiners to expand their crude-processing capacity in the hope the combined measures could cut the price of gasoline by as much as a dollar per gallon.

Biden has previously taken a number of steps to alleviate the pain at the pump since Russia’s February invasion of Ukraine sent fuel prices soaring not just in the United States, but globally.

Those measures include releasing a million barrels of oil per day from the Strategic Petroleum Reserve, negotiating the release of an additional 60 million barrels from international partners and expanding access to biofuels.

The White House recently called out major oil groups including ExxonMobil and Chevron, denouncing their profit margins as “well above normal” and calling it their patriotic duty to up output.

“Exxon has made more money than God this quarter,” Biden quipped.

Energy Secretary Jennifer Granholm is due to meet with refiners Thursday to urge them to contribute to these measures, including increasing their production output.

Annual inflation in the United States peaked at 8.6 percent in May, a 40-year high. It is 34.6 percent for energy alone.