Chavit, PT&T can come in if Duterte crony Dennis Uy has no telco franchise – Malacanang

Malacañang said disqualified bidders can take over the third telecommunications slot to replace Duterte crony Dennis Uy Mislatel Consortium if it fails to prove the validity of its franchise.

Presidential Spokesperson Salvador Panelo made this remark after Senate Minority Leader Franklin Drilon claimed Mislatel, which was granted its franchise in 1998, was not able to operate within a year from the grant of franchise.

“Kung walang (If there’s no) franchise, how can they operate? E di (Then) we’ll look for another company,” Panelo said.

“Di ba andami namang nag-bid? I suppose we can always go or these losing bidders can come in in the event of a default of the winning bidder,” he added.

However, Panelo said that Mislatel legal counsel Adel Tamano has already explained that franchise could only be revoked should the state file a quo warranto petition against it.

“What I know about that is they had an explanation for that. The lawyer of that company issued a press statement. But they are disputing that claim,” said Panelo, also Chief Presidential Legal Counsel.

Panelo suggested that Mislatel could have changed control to another company which meant it continued to operate.

“For all you know, the franchise holder may have transferred the operation sa ibang company and they’re the ones using it so technically, gumagalaw pa rin,” Panelo said.

Mislatel, a joint venture of Udenna Corporation and China Telecom, won the bidding by default after Sear Telecom of former Ilocos Sur Governor Chavit Singson and the Philippine Telephone and Telegraph Corporation (PT&T) were disqualified due to lack of required documents.

The telco has committed to provide internet speeds of 27Mbps on the first year, which would rise to 55Mbps on the second year until the fifth year of its operations, eventually covering 84 percent of the population. (PNA) 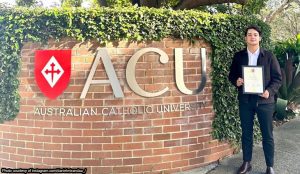 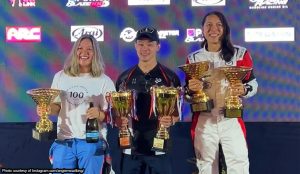 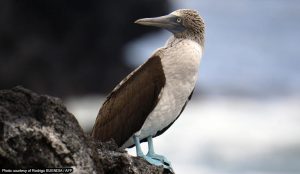 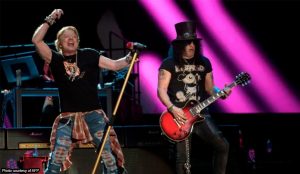 US rock band Guns N’ Roses has sued a company that runs an online gun store named Texas Guns and Roses, charging in federal court that the business appropriated its name unjustly.